Company Overview
Access Holdings Plc (ACCESSCORP) commenced operations on May 11, 1989 about three months after its incorporation as a private limited company. It was converted to a public company in March 1998 and got listed on the Nigerian Stock Exchange in November of the same year. ACCESSCORP is one of the new generation banks that have changed the financial landscape. The merger with Diamond Bank Plc in 2019 boosted its retail customer base in line with the bank's effort at growing the retail banking segment. It became a non-operating financial holding company in 2022.

Dr. (Mrs.) Ajoritsedere Awosika chairs the board of ACCESSCORP. Mr. Herbert Wigwe was appointed managing director following the retirement of Mr. Aigboje Aig-Imoukhuede in December 2013. The directors own 4.7% of the total outstanding shares of the company (2020: 4.6%) while Stanbic Nominees Nigeria Limited holds 11.5% on behalf of various shareholders.

Investment Thesis
ACCESSCORP is being positioned to benefit from the opportunities that abound in African markets. It increasing its footprints in Africa and leveraging technology to propel its growth. It introduced AccessAfrica, a payment system, to facilitate cross-border payments in Africa. In addition, it is using digital technology to provide other innovative products such as Access More, Face Pay and PayDay Loan. The establishment of subsidiaries in South Africa, Botswana and Guinea during the 2021 fiscal year increased its footprints in Africa. ACCESSCORP started extending its banking services to Cameroon in 2022. It is using agency banking to drive the adoption of financial products by more people in non-urban centres; the number of its agents increased by 80% to 90,000 in the 2021 fiscal year.

With an asset base of over NGN11 trillion, ACCESSCORP remains one of the biggest banks in Nigeria. The merger of ACCESSCORP and Diamond Bank Plc expanded its branch network and helped grow its retail banking business. Customers’ deposits from the retail segment have expanded at a 3-Year Compound Annual Growth Rate (CAGR) of 76.7% from  NGN435.3 billion in 2018 to NGN2.4 trillion in 2021. Similarly, loans granted to this segment increased by 57.8% over the past three years. We believe that the decision of the management to explore the retail market will drive the cost of funds down and impact the net interest margin positively going forward. It accounted for 25.7% of total revenue and 19% of total assets at the end of the 2021 fiscal year. Its contribution to total Profit Before Tax (PBT) was 19.1%; the PBT margin was 13.5%, up from 11.7% achieved in the preceding year.

ACCESSCORP is being more cautious in growing its loan portfolio. Loan expansion has trailed deposit expansion in the last five years. Customers’ deposits have expanded by 27.2% while loans to customers have grown by 18.5% over the past five years. Gross loans to customers’ deposits ratio rose to 62% in 2021 from 60.3% in the preceding year. Shareholders’ fund and total assets have grown by 28.9% and 33.3% respectively over the past three years. ACCESSCORP is adequately capitalised and has constantly rewarded shareholders with dividends.

Valuation
Book Value Per Share (BVPS) stood at NGN29.54 while Earnings Per Share (EPS) was NGN3.53. ACCESSCORP trades at 2.7 times historical EPS and 0.3 times book value. Our models produced a value ranging from NGN11.32 to NGN15.58 per share. ACCESSCORP is trading at a discount to our fair value estimate. Therefore, we maintain a buy recommendation.

Financial Overview
The gross earnings of  ACCESSCORP gained 27.1% to NGN971.9 billion in 2021 compared to a 14.7% boost in 2020.  Though it accounted for 25.7% of gross earnings or total revenue (2020: 25.1%), retail banking recorded the second highest revenue growth of 30.4% year-over-year to NGN250.1 billion; corporate and investment banking had the highest revenue growth of 32.5%; commercial banking had revenue growth of 25.4%. However, the revenue of NGN56.1 billion from business banking was tantamount to a 4.1% drop year-over-year. Net interest income improved by 14.6% even though interest expense increase outpaced increase in interest income. ACCESSCORP’s net interest income was swelled by NGN38. 5 billion to NGN301.5 billion in 2021.

Customers’ deposits have been growing by 39.5% while customers’ loans have been increasing by 27.5% over the past three years. The total allowance for impairment was 3.5% of gross loans and the quality of the company’s loan portfolio has not worsened.

ACCESSCORP has a capital adequacy ratio of 24.5% which is 4.8% better than the regulatory requirement of 15%. Besides, it shored up its capital by injecting additional Tier 1 Capital of NGN206.4 billion obtained from the issuance of a US$500 million Eurobond. It is liquid and solvent.

Business Risk
ACCESSCORP has a weak economic moat in its industry. Intense competition would exert downward pressure on earnings owing to the absence of marked product differentiation.  The bank is also exposed to exchange rate risk as it conducts many transactions in foreign currencies. 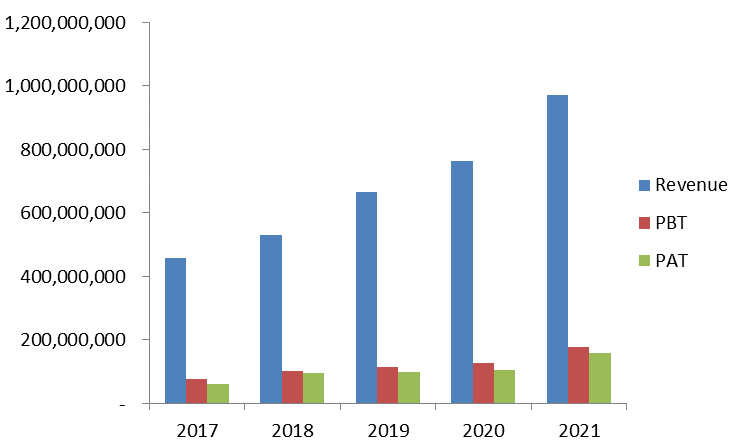 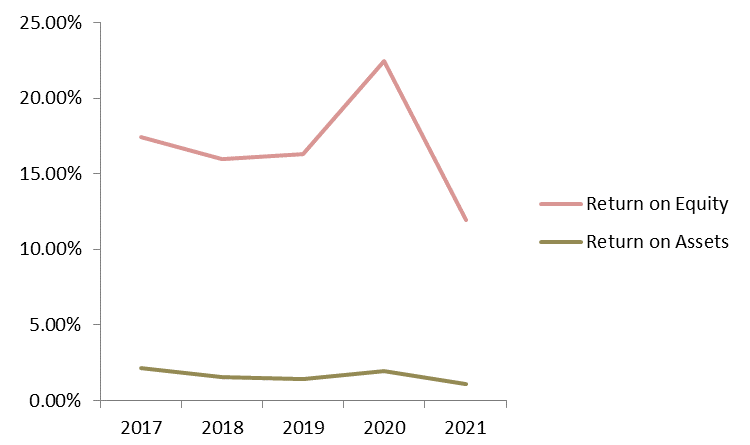