Company Overview
Airtel Africa Plc (AIRTEL AFRICA), a company established in the United Kingdom, provides telecommunications and mobile financial services to over 100 million subscribers across 14 sub-Saharan Africa countries. It was established as a private limited liability company in July 2018 and got its shares listed on the Nigerian Stock Exchange and the London Stock Exchange in July 2019.

Airtel Africa Mauritius Limited (AAML) is the parent company of AIRTEL AFRICA by virtue of its 56% equity stake in the company. AAML is an investment holding company that is ultimately controlled by Bharti Enterprises (Holding) Private Limited, a conglomerate headquartered in India. Other major shareholders of the company include Indian Continent Investment Limited, Singapore Telecom International Pte Limited and Warburg Pincus LLC.

Sunil Bharti Mittal, the founder of Bharti Enterprises (Holding) Private Limited, is the chairman of the board of directors. Olusegun Ogunsanya took over from Raghunath Mandava as chief executive officer of the company on 1st October 2021.  Olusegun was the managing director of Airtel Nigeria before he joined the board of AIRTEL AFRICA. Kelly Bayer Rosmarin replaced Arthur Lang on the board in October 2020 while Jaideep Paul became an executive director in June 2021.

Investment Thesis
AIRTEL AFRICA enjoys the support of Bharti Airtel Limited and other related entities. Bharti Airtel Limited, the flagship company of Bharti Enterprises, is an Indian company that provides telecommunication services in 18 countries in Africa and Asia. AIRTEL AFRICA partners with organisations such as Ecobank, Mastercard, MoneyGram, Standard Chartered Bank to provide mobile financial services to its customers. In addition, it is attracting investments in its mobile money business which presently produces less than 10% of the company’s total revenue. Currently, it provides mobile financial services indirectly in Nigeria. But we expect mobile money revenue to rise once it obtains final approval from the Central Bank of Nigeria to operate a Payment Service Bank.

AIRTEL AFRICA has been spending on its infrastructure and distribution network in order to extend its services to more customers in its African markets. Consequently, the company is highly indebted. Revenues from voice services and data subscription have been growing. We expect the strong growth in data subscription to continue in the foreseeable future as digital technology gains traction in its target markets.

The company has ample opportunity to expand its earnings from mobile money revenue because the penetration of financial services is relatively low in Africa. Nigeria is a promising market even though the company did not make any mobile money revenue from Nigeria in the fiscal year that ended on 31st March 2021. Its total customer base in Nigeria was 42 million, having risen by 0.5% year-over-year. The company's data customer base increased by about 6% to 17.7 million in the year under review. The Earnings Before Interest, Taxes, Depreciation and Amortisation (EBITDA) from Nigeria was 54.2% as at 31st March 2021 (31st March 2020: 54.3%) while the EBITDA for the whole company stood at 45.9% in 2021  (2020:44.3%). Operating profit in Nigeria leaped 6.5% to $602 million as at 31st March 2021. However, the operating profit margin in Nigeria dropped to 38.8% from 41.2% achieved in the earlier year.

Valuation
Our fair value estimate for the stock of AIRTEL AFRICA is between 171.00p and 281.00p. We anticipate a return of 32.3% on the shares of the company.

Financial Overview
The total revenue of $3.9 billion declared for the year ended 31st March 2021 was tantamount to a year-over-year increase of 14.2%.  Nigeria was responsible for $1.5 billion or 39.6% of total revenue realised by AIRTEL AFRICA in the current year compared with $1.4 billion or 40.1% of revenue in the previous year. The contribution of East Africa to total revenue gained 0.2% to 35.2% with revenue from that region increasing by 14.8% from $1.2 billion in 2020 to $1.4 billion in 2021. Mobile money business thrived in East Africa as over 70% of mobile money revenue is attributable to that region which comprises Kenya, Malawi, Rwanda, Tanzania, Uganda and Zambia. Though revenue from Francophone Africa grew by 14.7% over the prior year, it was more or less flat at 25% of total revenue. Francophone Africa is made up of 7 different countries.

Revenue growth in the year under review was largely driven by data subscription which gained 24.3% year-over-year to $1.2 billion. Voice revenue, the highest contributor, produced 53.8% of total revenue in 2021 (2020: 57.6%). Voice revenue, which increased by 6.8% to $2.1 billion, grew slower than data revenue. AIRTEL AFRICA made $301 million from mobile money in the 2021 fiscal year, up from $220 million declared a year earlier.

The interest-bearing liabilities of the company reached $4.6 billion at the end of the 2021 fiscal year. Debt exceeded shareholders’ fund by 37.7% in 2021 compared to 2020 when it surpassed shareholders’ fund by 30.4%. AIRTEL AFRICA’s debt ratio increased by 0.3 percentage point to 46.2% at the end of the financial year under review. But the company has no difficulty meeting its debt obligations from its profit and net operating cash flow. Capital spending per share amounted to $0.24 having increased by 4.3% year-over-year. In spite of increasing capital expenditure, the company generates free cash flow for the shareholders.

Business Risk
AIRTEL AFRICA operates in a rapidly changing environment; it requires continuous investment in the latest technologies in order to maintain its market share.  Exchange rate volatility can erode profitability because it is based in different countries. In addition, AIRTEL AFRICA is subject to regulatory requirements in multiple jurisdictions; failure to comply with all relevant legislations might lead to financial losses or disruption of operations. 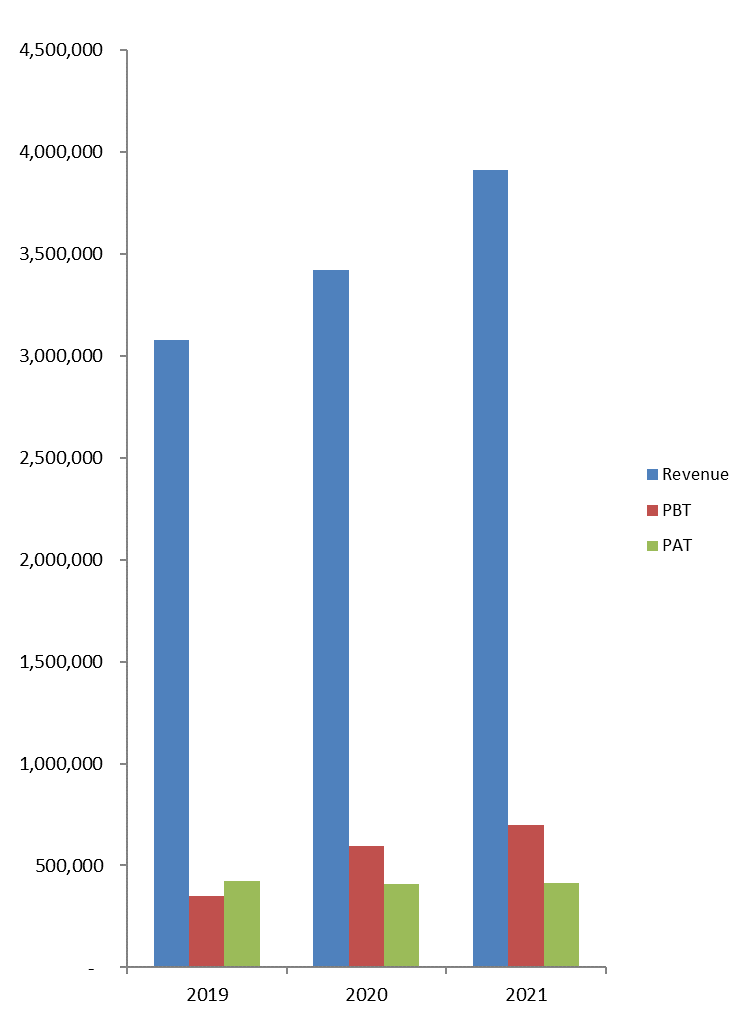 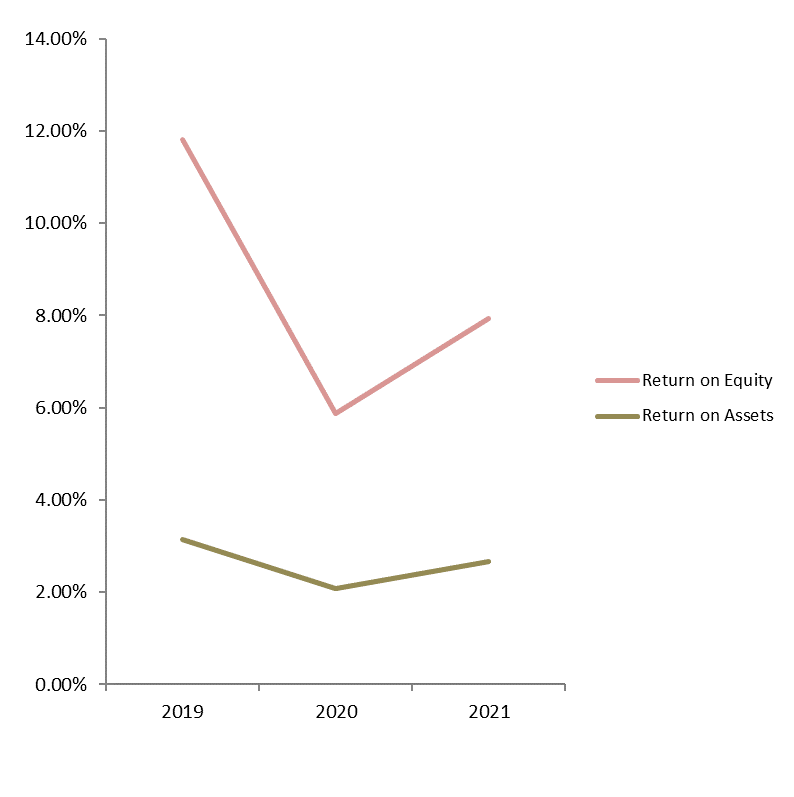