Company Overview
Ardova Plc (ARDOVA) was known as British Petroleum when it began operations in Nigeria in December 1964.  It was renamed African Petroleum in 1979.  The company was rebranded Forte Oil Plc in 2010. The name Ardova Plc was adopted after Ignite Investments and Commodities Limited became the majority shareholder in the year 2019.

ARDOVA has acquired the licence to distribute Shell engine oils and lubricants in Nigeria for the purpose of broadening the range of lubricants sold by the company. In 2019, ARDOVA disinvested in Forte Upstream Services Limited, Amperion Power Distribution Company Limited, and AP Oil and Gas Ghana. It established a new subsidiary, Axles and Cartage Limited, in March 2020 to provide haulage and transportation services.

ARDOVA is governed by a six-man board of directors. Abdulwasiu Sowami is the board chairman of the company while Olumide Adeosun is the chief executive officer.

Investment Thesis
ARDOVA has diversified into other businesses in the oil and gas industry.  Apart from marketing petroleum products, it is also involved in the transportation and storage of petroleum products. Presently, ARDOVA realises revenue from five business units, namely fuels, lubricants & greases, solar system, Liquefied Petroleum Gas (LPG) & cylinder sales, and haulage & transportation services. But fuel sales, and lubricants & greases generate most of the revenue and profit of the company.

ARDOVA produces and markets popular brands of lubricants such as Visco 2000, Super V, Diesel Motor Oil and Heavy Duty Motor Oil. The company is making an attempt to grow its lubricants business in a bid to increase lubricants sales volume and improve the company’s profit margins.

It has partnered with Shell and Mobile Power Limited in order to beef up its earnings from lubricants and renewable energy. As the sole distributor of Shell’s range of lubricants in Nigeria, ARDOVA will be able to strengthen its market share in the lubricants business in Nigeria. In addition, the collaboration with Mobile Power Limited (UK) in the year 2020 was aimed at providing Battery-as-a-service (BAAS) solution in Nigeria. BAAS enables customers to lease or subscribe to use a battery instead of the outright purchase of solar panels. This is a cheaper way of increasing access to energy in low-income communities. Mobile Power Limited deploys renewable energy to low-income households in developing countries by renting out smart battery packs.

Though there was a year-over-year dip in income from products storage in the 2020 financial year, ARDOVA commissioned the construction of an additional LPG storage facility in Lagos State with a capacity of 20,000MT. This is in addition to the petroleum storage facilities in Apapa (Lagos State) and Onne (Rivers State). The company made an income of NGN90.7 million from the storage of other company’s products in the year 2020; this was far below the income of NGN537.4 million earned in the earlier year. We are of the belief that income from this source will surpass pre-COVID figures as demand is expected to rise going forward

ARDOVA is growing revenue from different sources. Capital spending per share jumped from NGN0.81 in the 2019 fiscal year to NGN4.75 in the year 2020.  Its investment in solar and LPG business segments should pay off in the near future.

Valuation
We valued ARDOVA and arrived at a fair value ranging from NGN23.40 to NGN27.18 per share. ARDOVA’s shares are currently trading below our estimate of their worth. Therefore, we recommend a buy.

Financial Overview
ARDOVA grew revenue by 3.1% year-over-year to NGN181.9 billion in the year 2020 compared to the previous year when revenue increased by 31.1% to NGN176.6 billion. Fuels, lubricants and greases account for over 90% of total revenue. Revenue growth was driven by fuel sales which added NGN5.4 billion to total revenue in the year under consideration, compared to NGN38.4 billion addition in the prior year. Despite the COVID-19 induced restrictions in 2020, ARDOVA was able to increase the sale of fuels to NGN164.7 billion, 3.4% over the preceding year’s sales. The sale of lubricants and greases declined by a marginal rate of 1.6% compared to the 25.7% increment of the earlier year. The newly-formed haulage and transportation business, Axles and Cartage Limited, raked in NGN274.2 million revenue in the year it started operations.

The cost of sales was NGN169.8 billion or 93.3% of turnover (2019: NGN165.3 billion or 93.6% of turnover). The gross profit margin, as a result, had a slight increase from 6.4% to 6.7%. The operating profit of NGN4.1 billion was 16% worse than what was announced in the prior fiscal year. The operating profit margin was 2.3%, down from 2.8% achieved a year before. Profit Before Tax (PBT) decreased by 37.6% from NGN4.7 billion to NGN2.9 billion even though debt service cost lessened by 68.9% year-over-year. Profit After Tax (PAT) also diminished by NGN2.1 billion. Only fuels, lubricants & greases, and LPG & cylinder sales segments contributed positively to the net income in the 2020 fiscal year. While fuels sales produced a net income of NGN1.2 billion, lubricants and greases recorded NGN677.7 million. ARDOVA made a net income of NGN4.8 million from LPG & cylinder sales. The haulage and transportation segment, which started during the year, incurred a net loss of NGN138 million even though it produced revenue of NGN274.2 million. Solar system posted a net loss of NGN1.6 million.

Business Risk
ARDOVA is exposed to volatility in exchange rates arising from the importation of petroleum products. This makes its earnings vulnerable. Furthermore, the profit margin is low owing to the high cost of buying fuels for resale. 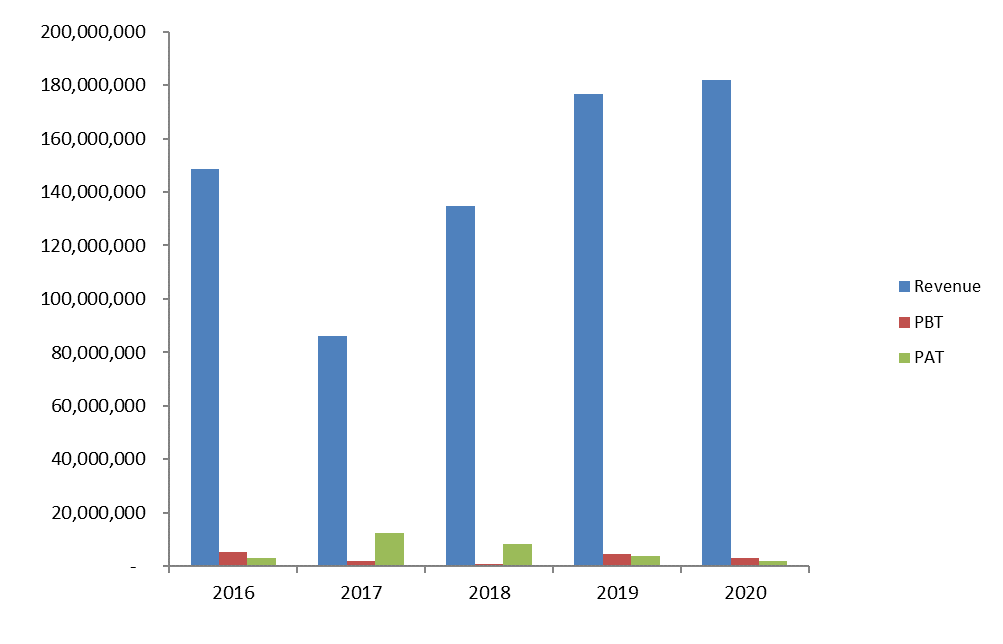 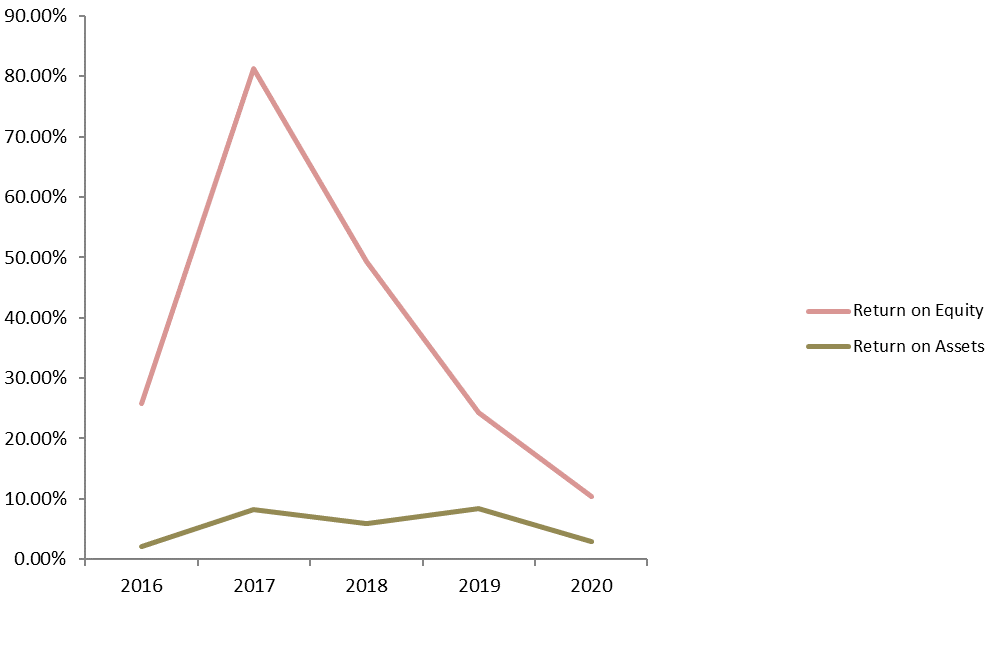