Company Overview
The new BUACEMENT is an amalgam of BUA Cement Plc (formerly OBU Cement Company Plc) and Cement Company of Northern Nigeria (CCNN). BUA Cement Plc was established in May 2014 but began operations in 2015. It was changed from a private limited liability company to a public limited liability company on 16 May 2019. Later in that year, precisely 23 December 2019, the operations of CCNN and BUA Cement were combined, leading to the emergence of the new BUA Cement Plc. CCNN was established in 1962; it was strategically located in Sokoto State to supply cement to the northwestern region of Nigeria. The shares of  BUACEMENT were listed on the Nigerian Stock Exchange in January 2020.

Abdulsamad Rabiu CON, the chairman, is the ultimate majority shareholder of the company. He has a total shareholding of 92.3% comprising 36.1% indirect shareholding and a direct equity stake of 56.2%.  Engineer Yusuf Binji was appointed the chief executive officer on  23rd December 2019. Finn Arnoldsen (Norwegian), Shehu Abubakar, and Khairat Gwadabe also joined the board in 2019. Jacques Piekarski became an executive director of BUACEMENT on 1st October 2020.

Investment Thesis
BUACEMENT is the third-largest cement manufacturer in Nigeria in terms of the year 2019’s revenue and total assets. Presently, BUACEMENT has a combined capacity of 8 million mtpa from both its plants in Edo and Sokoto States in Nigeria. Total capacity is expected to increase to 11 million mtpa after the completion of the 3 million mtpa line in Sokoto.  The company is investing in capital in order to take advantage of expected demand and grow shareholders’ wealth. It expended NGN23.5 billion on Property, Plant and Equipment (PPE) for the 2019 financial year.'

The infrastructural and housing deficits in Nigeria, and indeed Africa at large, create opportunities for BUACEMENT. Management’s effort to explore markets outside Nigeria is a plus factor. NGN5.1 billion was earned from the export of its products, up from NGN2.9 billion of the previous financial year. Africa is a ready market for increased output as a result of its capacity upgrade. Besides, it would help diversify its revenue sources. Currently, sales in foreign markets only make up 2.9% of total sales (2018: 2.4%).

BUACEMENT is a low-geared company with a manageable debt level. However, we expect the debt level to rise since the business is capital-intensive. This may also have an adverse effect on free cash flow. We are of the belief that management should embark on better working capital management in order to avoid running into aliquidity problem.

Profit margins are encouraging and the merging of operations should result in cost savings, strengthen its competitive position and efficiency of operations. BUACEMENT will enjoy tax benefits because of the 3-year pioneer status granted its Kalambaina production line and a 2-year extension given to the production line in Okpella. Accordingly Profit After Tax (PAT), PAT margin and returns should increase.

BUACEMENT leverages on the managerial and technical expertise of the BUA Group. The BUA Group is a conglomerate with interests in consumer goods, industrial goods, real estate and ports management.

Valuation
Adjusted Earnings Power Value is NGN12.84 per share of BUACEMENT. We expect an Earnings Per Share (EPS) of NGN2.1 and a Book Value Per Share (BVPS) of NGN11.8. Our fair value estimate for a share of the company is between NGN11.20 and NGN12.60.

Financial Overview
Revenue grew by 47.5% against the backdrop of increased demand in domestic and foreign markets. Sales in Nigeria were NGN170.5 billion in 2019, 46.7% higher than the figure for the preceding year. Though it jumped by 77.4% to NGN5.1 billion, revenue from outside Nigeria was just 2.9% of total revenue.

A 57.6% rise in cost of sales could not prevent the company from making gross profit in the year under consideration. Gross profit leapt to NGN82.4 billion from NGN60 billion recorded a year before. Operating profit and Profit Before Tax (PBT) expanded by 66.7% and 69.1% respectively. Conversely, PAT of NGN60.6 billion was NGN3.5 billion lesser than 2018’s figure because it enjoyed income tax credit in the prior year.

Gross profit margin lost 3.4% as cost of sales to turnover ratio rose by the same percentage points. Operating profit margin increased to 40.7% from 36% while PBT margin closed at 37.7%, up from 32.9%.  Earnings Before Interest, Taxes, Depreciation and Amortisation (EBITDA) of NGN85.4 billion amounted to EBITDA margin of 48.6%.

Short-term borrowings totalled NGN21.4 billion at 2019 year end while long-term borrowing was nil. Both operating profit and cash flow can pay off the costs of borrowing 13.4 and 5 times respectively. There seems no reason to believe that BUACEMENT cannot meet its debt obligations. But the short-term borrowings have to be liquidated within a short time. This, coupled with its negative working capital, could make the company run into liquidity problems. BUACEMENT’s long-term solvency is not in doubt. Total borrowings were tantamount to 5.9% of shareholders’ fund and 4.6% of total assets.

Business Risk
The sector is dominated by a few players with a considerable economic moat to prevent erosion of profits and margins. BUACEMENT, due to increased capacity, is poised to benefit when the economy recovers from the ongoing situation. However, the huge capital requirement of the business could increase indebtedness and depress net earnings going forward. 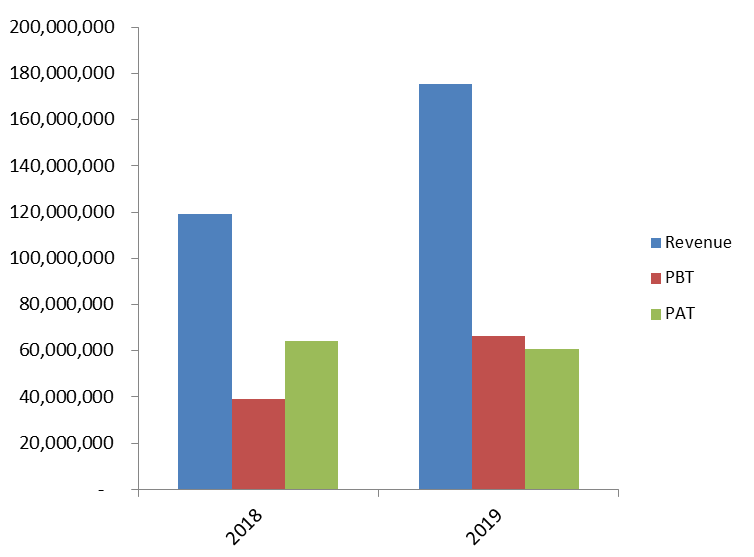 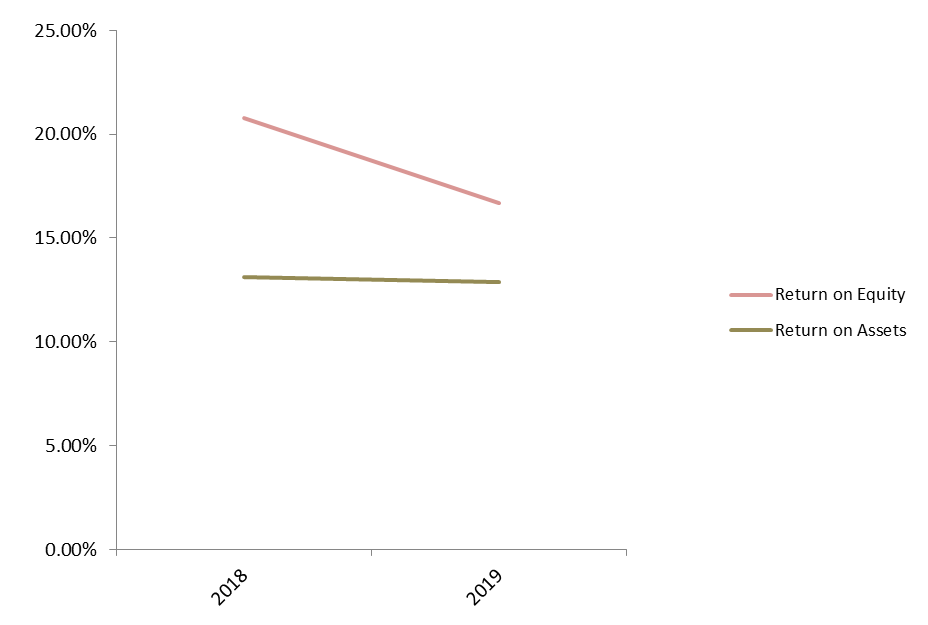