Company Overview
CILEASING, a finance company established in December 1990, provides leasing and ancillary services such as car and marine vessels rental, fleet management, personnel outsourcing, equipment leasing and automobile distribution. It provides leasing services in Ghana through its subsidiary, Leasafric Ghana Limited. Epic International FZE, its subsidiary located in the United Arab Emirate (UAE), trades in vessels and automobiles. CILEASING is the sole franchisee of the Hertz-Rent-A-Car brand in Nigeria and Ghana. The company was quoted on the Nigerian Stock Exchange (NSE) in December 1997.

Peace Capital Market Limited, CIL Acquico Limited and Petra Properties Limited have a combined shareholding of 43.1% in CILEASING. Peace Capital Market Limited is in possession of 17.5% of the company's outstanding shares; CIL Acquico Limited’s shareholding is 17.2% while Petra Properties Limited has an 8.5% equity stake in the company.

The board of directors is chaired by Dr. Samuel Maduka Onyishi while Mr. Andrew Otike-Odibi is the chief executive officer. Dr. Maduka joined the board in 2020 and was named the board chairman in the same year. Mr. Otike-Odibi, who has been with the company for over two decades, was appointed as the managing director in 2016.

Investment Thesis
CILEASING is one of the major players in the marine business with a fleet of vessels consisting of tug boats, crew boats, pilot boats, patrol boats and platform support vessels. It has vessels deployed on a long-term contract with Nigeria LNG Limited The company has a joint venture agreement with Sifax Marine Limited to provide towage and pilotage services to Nigeria LNG Limited. CILEASING also partners with Sifax on plant and equipment leasing.  It made a profit of NGN762.5 million from its joint venture arrangements in the 2020 fiscal year (2019: NGN471 million).

Lease income has grown at a 3-Year Compound Annual Growth Rate (CAGR) of 4.8%. Conversely, both Profit Before Tax (PBT) and Profit After Tax (PAT) have decreased at a compound rate of 27% and 34% respectively over the past three years.

CILEASING’s capital expenditure was NGN5.6 billion in the year under review (2019: NGN4.2 billion). The company’s capital spending has increased its leverage and resulted in low-profit margins. It has embarked on technological innovation in order to grow its business. This drive is expected to boost revenue and profit going forward.

Valuation
CILEASING trades at less than 1 times book value. Book Value Per Share exceeded its nine-year average of NGN10.52 by NGN6.66. We have valued CILEASING and arrived at a fair value ranging from NGN5.21-NGN8.04 per share. The company’s stock is presently trading below our fair value estimate.  The expected return on a share of the company is 44.3%.

Revenue from its foreign operations improved in spite of the COVID-19 pandemic that ravaged the global economy in the year 2020. Revenue from Leasafric Ghana Limited increased by 58.8% year-over-year. Epic International FZE UAE had a 39.2% revenue boost in 2020. Altogether, the two entities contributed 53.5% of PBT and 61.5% of PAT.

CILEASING's total debt was NGN37.5 billion at the end of the year under consideration (2019: NGN39 billion).  Interest payment was NGN5.5 billion, down from NGN5.7 billion.  Huge debt obligation impacted PBT and PBT margins negatively. Operating profit barely covered interest payment while net cash flow from operating activities could pay off interest 2.1 times (2019: 2 times). We are of the belief that the company’s long-term solvency is not questionable.

Both Return on Average Assets (RoAA) and Return on Average Equity (RoAE) were 2.7% and 13.1% respectively. Total assets were more or less flat at NGN55.9 billion while shareholders' fund added NGN3.6 billion to close at NGN13.4 billion at 2020 year-end.

Business Risk
The company’s ability to secure long-term lease contracts in the oil and gas sector would boost revenue going forward. Though it is exposed to the oil and gas sector, CILEASING’s effort to diversify its sources of income is commendable. The company’s business support services include vehicle and vessel rental, fleet management and human resource outsourcing. 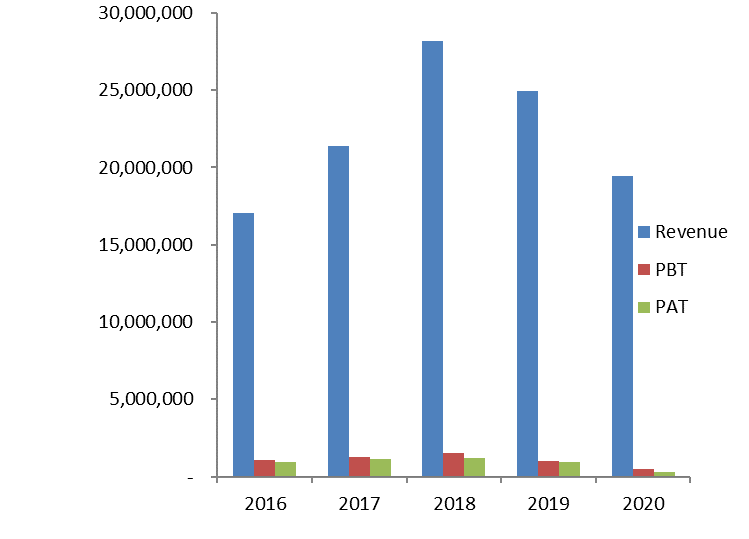 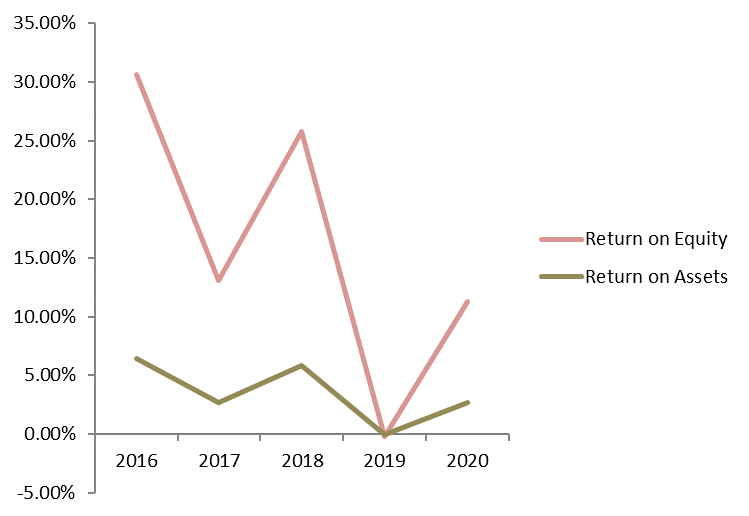