Mr. Gavin Young became the managing director of CHAMS following the resignation of Mr. Olufemi Williams in September 2019.  Sir Ademola Aladekomo, the founder of Chams Group, took over from Dr. (Mrs.) ‘Dere Awosika as chairman of the board of directors in 2020.

Investment Thesis
CHAMS leverages the technical support of organisations such as Datacard and Dermalog to deploy card-based, identity management and payment solutions.  The company had a 30.4% surge in revenue on a 3-year Compound Annual Growth Rate (2018: 23.1%).  Gross Profit has increased by 13.3% over the past three years. However, the company has been finding it difficult to make profit from its operations over the past few years. Operating expenses have exceeded revenue in most of the years since 2012. But slower growth in costs has reduced operating loss by 52.3% in 2019 compared with 61.3% reduction in operating loss in the previous financial year. Administrative expenses have dropped to 38.3% of revenue in 2019 compared with 107.5% of 2017. In addition, the cost of sales to revenue shed 4.6% percentage points in one year. We expect cost-cutting measures of the management to lead to improvement in profit margins going forward.

Accumulated losses, which had been eroding shareholders’ fund, were reduced by NGN5.4 billion when the company embarked on balance sheet restructuring in 2018. Shareholders’ fund has grown by 19.1% year-on-year in 2019 (2018: 183.3%). Total assets are also increasing, adding 13.2% compared with 10.2% of the prior year. However, working capital management poses a problem for CHAMS as it may find it difficult to meet its maturing short-term obligations. All its debts are short-term in nature, putting pressure on the company to pay in the face of dwindling operational performance.

There is a demand for identity management products by the federal government, state governments, financial and non-financial institutions in Nigeria. Besides, the efforts of the Central Bank of Nigeria to reach the unbanked with financial products and create a cashless economy would boost the revenue of the payment industry over the medium to long term. Being a major player in both the identity management and payment industries, CHAMS is expected to benefit from these efforts.

CHAMS is trading at a heavy discount from our estimated value of a share of the company. It should offer an attractive return to investors in the medium term. The management is making an effort to restore profitability and improve the company’s performance. We would like to keep tabs on the company to see how things pan out. Our recommendation is a hold.

Valuation
CHAMS is trading below our fair value estimate ranging from NGN0.90 to NGN1.20 per share. There is an opportunity to make a return of over 100% in the medium term.

Financial Overview
CHAMS’ revenue had a 9.1% improvement in 2019 compared to a 54% increase in the previous year, 2018. Gross profit swelled to NGN1 billion, a 28.4% increment year-on-year compared with 5.7% growth of the previous year. The company recorded an operating loss of NGN251 million against the backdrop of high costs. The cost of sales rose by 2.3% and amounted to 69.3% of revenue. Total expenses outstripped revenue, thereby leading to an operating profit margin of -7.6% in the current period. However, CHAMS made Profit Before Tax (PBT) of NGN358.9 million due to other income of NGN617.7 million. Similarly, the company made a PBT of NGN301.6 million a year ago owing to other income of NGN839 million.  Profit After Tax (PAT) was NGN322.6 million, 15.1% less than what was made in the earlier year.

Though total assets expanded by 13.2% to NGN6 billion, working capital was negative with current liabilities exceeding current assets by NGN1.4 billion. The total equity of NGN2 billion was 19.1% better than the prior year’s figure. CHAMS has a short-term loan of NGN281 million and there is no long-term loan in the current period.  Operating profit did not cover interest payment in the year but operating cash flow could pay it 9.6 times. Total debt was just 4.7% of assets and 14.2% of shareholders’ fund. Although CHAMS is having difficulty producing enough profit to meet its debt obligation, we do not believe its long-term solvency is impaired.

Business Risk
High operating expenses make it difficult for CHAMS to make an operating profit. The company must constantly invest in technology in order to remain competitive; this requires finance and could increase indebtedness with its effect on earnings and profitability. In addition, exchange rate volatility and a working capital deficiency could pose threats to the business. 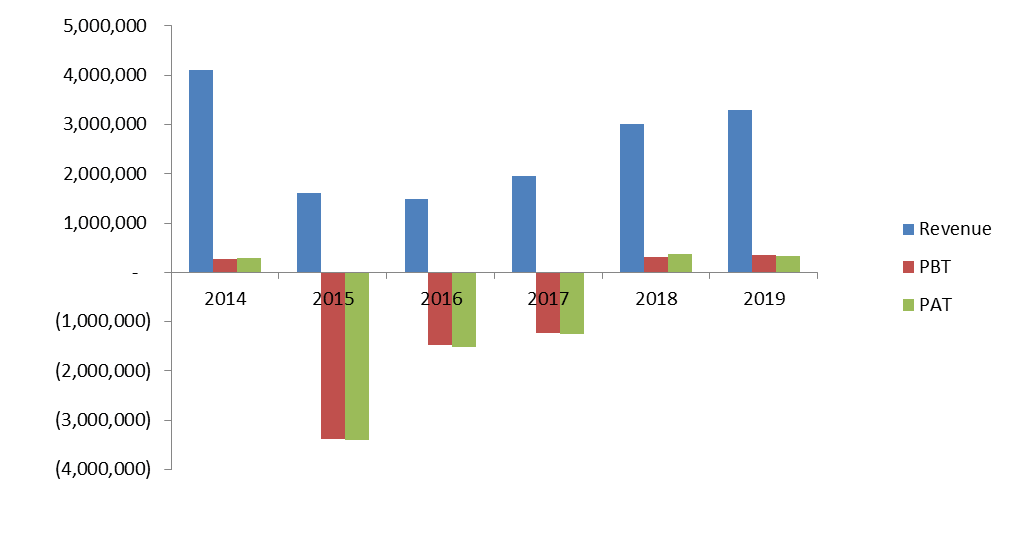 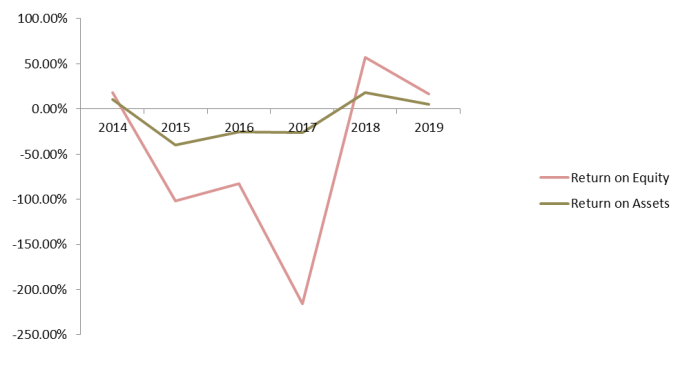