Company Overview
COINBASE, which started as Coinbase Inc. in May 2012, provides a platform for buying, selling, storing, and spending cryptocurrencies. Coinbase Global, Inc. was incorporated as a holding company in 2014 and Coinbase Inc. became its subsidiary.  Other subsidiaries are CB Payments Limited and Coinbase Custody Trust Company, LLC. The company’s platform is used by over 50 million customers across more than a hundred countries. In April 2021, its shares were listed on NASDAQ.

COINBASE  partnered with VISA, an American financial services company, to produce Coinbase Card. Coinbase Card is a debit card that can be used for purchases and ATM withdrawals everywhere Visa debit cards are accepted. It also collaborated with the Centre Consortium and Circle Internet Financial for the USD Coin. The USD Coin is a digital currency linked to the US dollar and offers more stability for cryptocurrency investors. Bison Trails, a platform-as-a-service provider, was acquired in February 2021. Besides, COINBASE bought Tagomi Holdings, Inc. (Tagomi) on 31st July 2021. Tagomi provides advanced crypto-assets brokerage solutions.

Brian Armstrong and Fred Ehrsam founded COINBASE  to facilitate the exchange of bitcoins.  Brian is the chief executive officer of the company. Brian and Fred, together with five other directors, are responsible for governing and supervising the company.

Investment Thesis
Although bitcoin was the first cryptocurrency to be released into circulation, many other cryptocurrencies (referred to as altcoins) have been issued. COINBASE has broadened the crypto-assets on its platform even though it was originally formed to ease the trade in bitcoins. ’ It has over 90 assets on its platform; platform assets value has reached US$223 billion. This should reduce overdependence on bitcoin and ethereum.  Bitcoin and ethereum are the major assets on its platform;  price and trading volume fluctuations of the two cryptocurrencies have a substantial effect on the top-line and bottom-line of COINBASE. Bitcoin, ethereum and other crypto-assets formed 70%, 13% and 13% of total platform assets respectively as at 31st December 2020. The company also holds customers' fiat currencies with banks and earns interests on the funds.

COINBASE continues to invest in Technology and Development (T & D). It spent 21.3% of the total revenue made in the year 2020 on T & D; it was 34.7% in the previous year. It introduced crypto-based subscription products such as Store, Save, Stake, Borrow and Lend. COINBASE’s revenue from these subscription products is a percentage of the value of the assets involved. Although revenue largely depends on the volatile cryptocurrency market, we expect some level of stability due to the introduction of these products.

Presently, COINBASE does not pay dividends. It is investing in the upgrade of its platform, network and infrastructure in order to enhance its capacity to provide crypto-based financial services to a larger number of customers in different geographical locations.

Profitability improved in the 2020 fiscal year. Operating profit, Profit Before Tax (PBT) and Profit After Tax (PAT) margins were 32%, 32% and 25.2% respectively as opposed to the negative values of the earlier year. Crypto assets are gaining traction among individuals and organisations around the world. Blockchain, the technology, which drives the crypto-economy, would change the financial system going forward. COINBASE, in our opinion, has been improving its capacity to compete in the emerging digital economy.

Valuation
COINBASE’s intrinsic value is between US$263.66 and US$376.59 based on our analysis. Currently, its market value lies below our range. Therefore, it is undervalued. At present, the company does not pay dividends because any profit made is ploughed back into the business. But the stock could still generate a return of 22% on investment.

A jump in customer custodial funds from US$1.2 billion to US$3.8 billion moved total assets up by 144.8% to US$5.9 billion. Shareholders’ fund leaped by 43.7% to US$1.5 billion from US$1.1 billion. COINBASE produced a net income of US$1.58 per share for its common stockholders in the current year as opposed to a net loss of US$0.50 per share in the preceding year. The company did not have any difficulty meeting its maturing obligations as it brought in adequate profit and cash flow. A net operating cash flow of US$3 billion was generated at the end of the 2020 fiscal year.

Business Risk
COINBASE attracts the attention of regulatory authorities in the US and other countries where its services are available. The cryptocurrency industry is decentralised and still developing; government actions may restrict its operations in some countries, thereby reducing the volume of transactions on the platform of COINBASE. In addition, the volatility of prices of crypto assets may make earnings of COINBASE unpredictable. Revenue may drop if bitcoin and ethereum transactions fall because of the company’s overdependence on them. 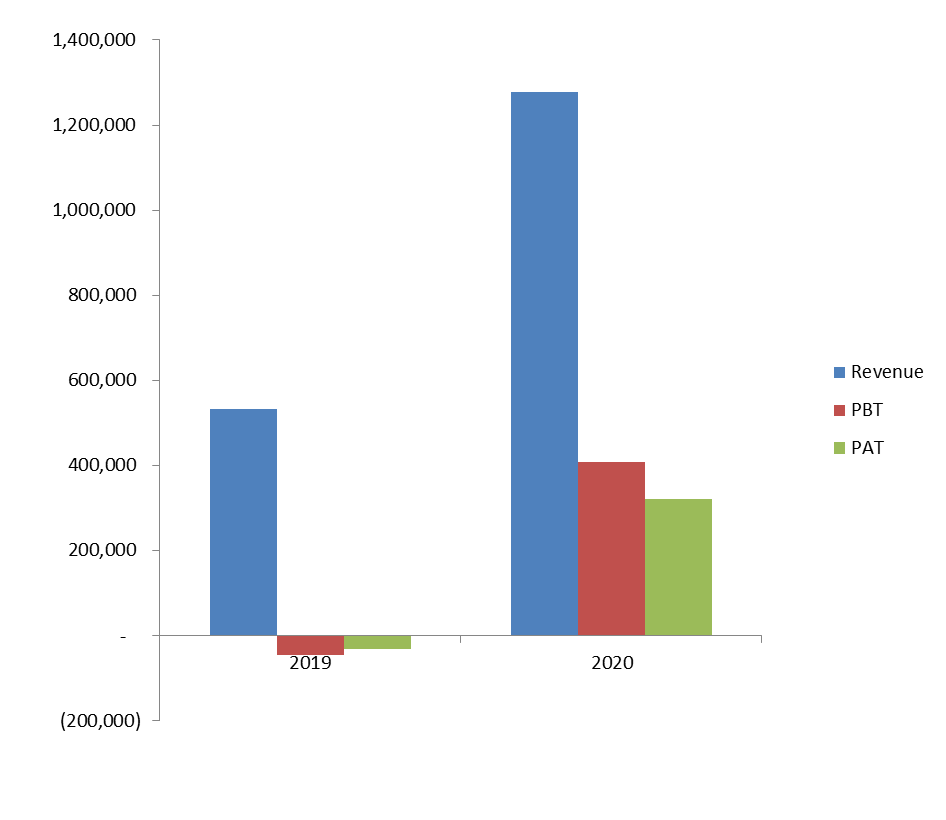