Dr. (Mrs.) Omobola Jonson chairs the board of directors of CUSTODIAN. Mr. Wole Oshin, the managing director, leads the management team of the company. Mr. Wole is also the chairman of CrusaderSterling Pensions Limited and UPDC Plc.  Chief (Mrs.) Margaret Giwa was named a director in April following the retirement of Mr. Ibrahim Dikko.

Investment Thesis
CUSTODIAN has made remarkable progress since it started operations. It has been transformed from an insurance company to a financial services group using both organic and inorganic means. CUSTODIAN emerged from the merger of Custodian and Allied Insurance Plc and Crusader (Nigeria) Plc in 2013. Crusader (Nigeria) Plc, incorporated in 1970, was involved in the provision of insurance, pension plans and trusteeship services.

The company’s gross revenue almost doubled in five years. The gross revenue of NGN85.7 billion posted in 2021 fiscal was tantamount to a 5-year compound annual growth of 17.3%. Besides, it regularly declares profits despite the huge operating expenses associated with the business. The effort of the management in growing the company’s life insurance business is commendable. This segment now accounts for over 40% of the gross premium written. In addition, it has generated over 20% of the company’s Profit Before Tax (PBT) and Profit After Tax (PAT) in the past three years.  The company, backed by reinsurance agreements, has been able to settle the huge insurance claims of its policyholders.  It incurred claim expenses of NGN20.2 billion in 2021 compared to NGN14.3 billion in the prior year.

The property business of CUSTODIAN, which is carried out by UPDC Plc, could not contribute positively to profit in the year under review. In fact, a Loss Before Tax of NGN1.6 billion was announced at the end of the 2021 fiscal year as against a PBT of NGN2.1 billion in the earlier year. We would keep tabs on the company to see how the management turns around UPDC Plc which was recently acquired by the company.

CUSTODIAN has paid down its debt and it is cash rich. However, we expect indebtedness to rise going forward. Its property business, for example, requires a huge injection of finance which may not be available internally. The company has a significant investment in financial assets and the volatility of their values has a great effect on profitability.

Valuation
We have valued CUSTODIAN and arrived at an estimate that is between NGN10.20 and NGN12.76 per share. The anticipated return on the stock is 66%.

The total assets of CUSTODIAN, which have been on the rise, reached a 10-year peak of NGN184.5 billion at the end of the 2021 fiscal year.  Total equity added NGN6.8 billion or NGN11.7% to NGN64.3 billion. Debt, which stood at NGN2.5 billion at the end of 2021, formed only 1.4% of its total assets and 3.9% of total equity. CUSTODIAN has a good cash flow. Cash and cash equivalents were NGN17.2 billion or NGN2.92 per share in 2021 (2020: NGN13.7 billion or  NGN2.34 per share). Though finance cost increased, CUSTODIAN has enough cash and profit to settle it. We do not have any reason to believe that the company cannot meet its maturing obligations. Its long-term solvency is also not in doubt.

Business Risk
Huge claims by policyholders could result in a loss for the company since insurance is its principal business. CUSTODIAN invests a substantial amount on financial assets and diminution in their values could trigger a big write-off leading to potential loss. It is pertinent to mention that competitive pressure is depressing the revenue and profit margins of the players in the financial sector. 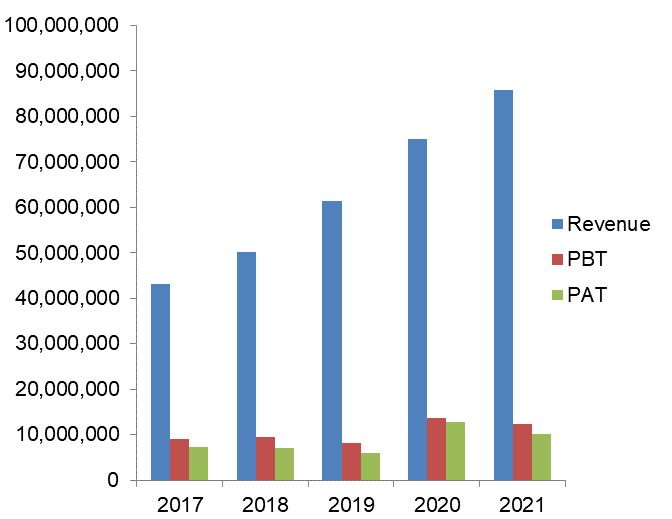 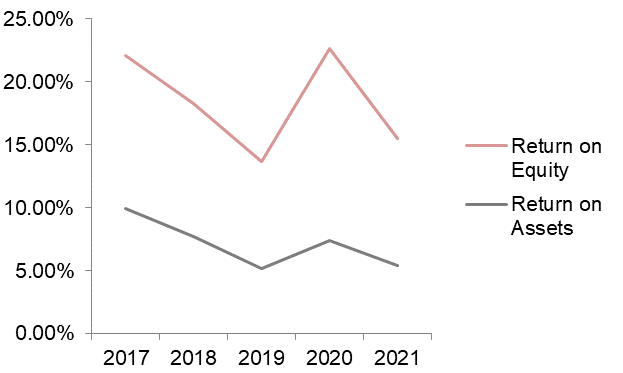