Company Overview
ETERNA was founded in 1989 but started operation in 1991. It was converted to a public company in 1997. This change culminated in the listing of its shares on the Nigerian Stock Exchange in the following year. ETERNA manufactures lubricants and petrochemicals, and sells crude oil and imported petroleum products. It was licensed to distribute Castrol BP lubricants in Nigeria.

Lenux Integrated Resources Limited has the highest shareholding of 19.2% in the company while Global Energy Engineering & Raw Materials Limited is the second major shareholder with 13.8% of its outstanding shares.

Crude oil trading, which is part of the trading business segment, is subject to price volatility as the crude oil price is determined by the interplay of demand and supply. Also, the importation and distribution of fuels require a lot of finance which leads to the accumulation of debts. ETERNA's total debt rose 3.3 percentage points to 35% of total assets at 2020 year-end. Operating profit covered interest obligations 1.5 times while net cash flow from operations covered it 1.2 times. The company had short-term debt of NGN12.1 billion as at 31st December 2020 (2019: NGN8.7 billion); neither operating profit nor net operating cash flow could cover the short-term debt. Operating profit was just NGN1.5 billion and while net cash flow from operations was NGN1.3 billion in the year 2020.

The lubricants and chemical business segment produced 12.7% of total revenue and 9.6% of Profit Before Tax (PBT) in the 2020 fiscal year. In addition, it has a better gross profit margin of 19% compared to 9.4% for the whole business. The 6-year average cost of sales to turnover ratio of this business unit was 75.1% as against 95.3% for the whole business entity. We believe that more investment in this segment of the business will improve profit margins going forward. It is an important segment because the company's major business is a low-margin one. The high cost of sales is responsible for low gross profit margins.

ETERNA has manageable debts; sales revenue is rising notwithstanding the low-profit margins. The anticipated return on the company’s shares is 21.5%.

Valuation
ETERNA's Book Value Per Share (BVPS) and Earnings Per Share (EPS) averaged NGN7.56 and NGN0.81 respectively. Earnings Power Value (EPV) stood at NGN5.42. Our valuation of ETERNA is between NGN7.20 and NGN10.49 per share.

Financial Overview
Total revenue shed NGN170.6 billion to close at NGN58.7 billion at the end of the 2020 fiscal year. The 74.4% reduction in total revenue was due to a change in the way ETERNA accounts for revenue from some activities in the trading business segment. The trading business segment involves the bulk sale of imported petroleum products, lifting, and sale of crude oil. It realised revenue of NGN1 billion from the trading unit in the current year as opposed to NGN164.1 billion in the past year. The retail and industrial fuels unit had a 10.6% revenue reduction to NGN50.2 billion compared to the 7.3% revenue increment in the previous year. Lubricants and chemicals lost 16.8% in sales revenue in the year 2020 in contrast to the revenue gain of 54.8% declared in the earlier financial year.

ETERNA’s shareholders' fund of NGN13.3 billion was a 7.6% improvement on the previous year’s value. Total debts accounted for 93.6% of shareholders' fund and 35% of total assets. The fact that the bulk of its debt is short-term puts pressure on the company since settlement must be made within a year. The 38.4% rise in total debt has increased the gearing ratio of the company.

Business Risk
The high cost of sales has been having a negative effect on profitability as it forms over 90% of total sales revenue. Besides, the sale of imported fuels, which is its major business, is largely financed by borrowing. An interest of NGN456 million was paid on finance obtained to purchase materials in the year under consideration (2019: NGN628 million). Debt obligations have also put downward pressure on the profitability and profit margins of ETERNA.  The company cannot increase the prices of the fuels it imports to widen its profit margin as this is the exclusive right of the Petroleum Products Pricing Regulatory Agency. 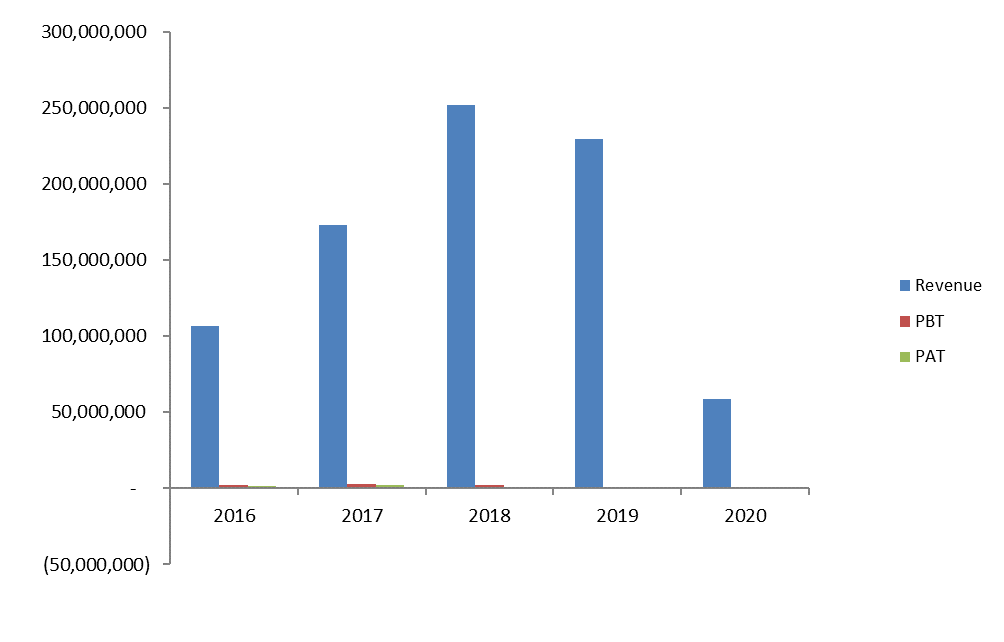 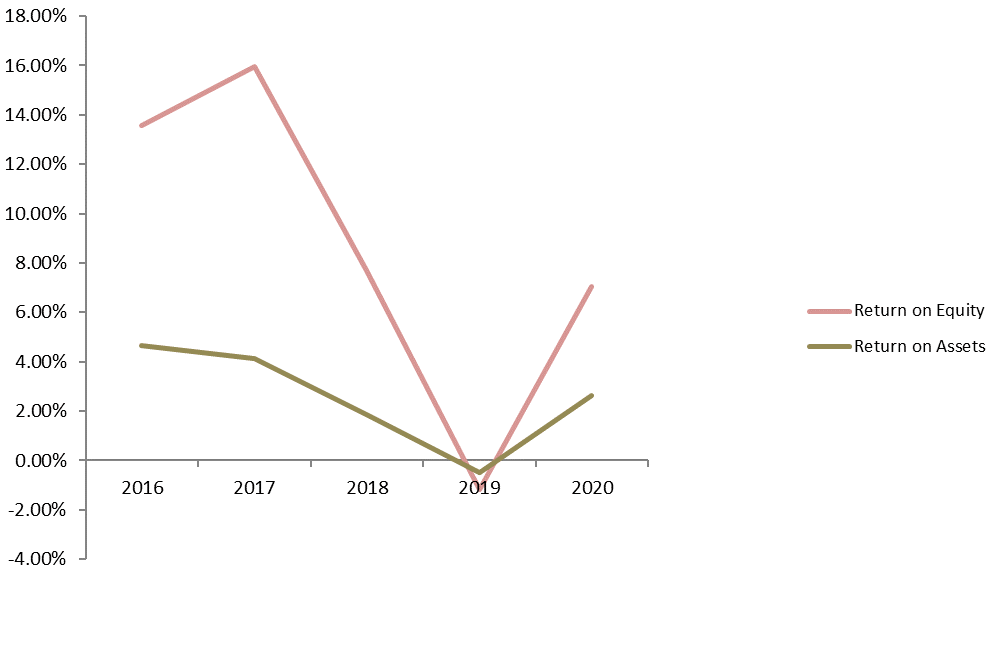