Company Overview
Fidelity Bank Plc (FIDELITYBK) was incorporated as a private limited company in 1987 and began merchant banking operation in June of the following year.  The company was converted to a commercial bank in 1999. The old Fidelity Bank Plc, FSB International Bank Plc and Manny Bank Plc merged in the wake of the 2005 banking sector recapitalisation. The amalgamation gave rise to the new FIDELITYBK.

FIDELITYB’s principal activity remains the provision of retail, corporate and investment banking services. The bank's renewed effort to grow the business is geared towards improving its retail and digital banking offerings.

Mr. Ernest Ebi retired as chairman of the board of directors in August 2020 and was replaced by Mr. Mustafa Chike-Obi. Mrs. Nneka Onyeali-Ikpe was named managing director of the bank on 1st January 2021. Mrs. Nneka took over from Mr. Nnamdi Okonkwo who retired at the end of the 2020 fiscal year.

Investment Thesis
FIDELITYBK has been granting more loans to customers; the gross loans of NGN1.4 trillion granted to customers in the year 2020 was tantamount to a 20.6% rise on a 3-Year Compound Annual Growth Rate (CAGR) basis.  The bank expects close to 5% of gross loans to turn bad for the 2020 fiscal year. FIDELITYBK made a net interest income of NGN104.1 billion, 25.4% up from NGN83.1 billion of the prior year. Total assets and shareholders' fund increased to NGN2.8 trillion and NGN273.5 billion respectively. More deposits have also been accepted by the bank; customers’ deposits peaked at NGN1.7 trillion as at 31st December 2020. Return on Average Equity (RoAE) and  Return on Average Assets (RoAA) averaged out to 10% and 1.4% respectively.

Setting up a brick-and-mortar bank requires huge capital which wards off potential entrants into the sector. However, the entry barriers have been lowered by the advent of financial technology companies that now compete with traditional banks in the provision of financial services. The stiff competition among the players would adversely impact margins as customers would want better bargains since products tend to be homogenous.

FIDELITYBK is penetrating the market with its retail and digital banking products. We believe that expansion into markets outside Nigeria can also strengthen its earnings.

FIDELITYBK is liquid and adequately capitalised. Its liquidity ratio and Capital Adequacy Ratio (CAR) exceeded the minimum stipulated by the regulatory authority.

Valuation
A share of FIDELITYBK is worth between NGN3.61 and NGN4.71. It has an average P/E (Price/Earnings) multiple of 5.5 times and a P/B (Price/Book) multiple of 0.3 time. Currently, it is trading below our fair value estimate. Therefore, we recommend that investors buy FIDELITYBK stock.

Financial Overview
Gross earnings or revenue has grown at a CAGR of 4.6% over the past three years. Interest income accounted for 85.7% of the top-line in the year 2020 compared to 84.8% in 2019. Fee and commission income produced 9.6% of revenue (2019:11.6%). Operating expenses rose by 2% in spite of a 5.4% drop in gross earnings; the cost of operations to gross earnings ratio increased to 40.6% from 37.6%. Net interest income improved by 25.4% year-over-year; operating profit worsened by  7.6% when compared with the prior year. The net interest margin of 50.5% exceeded its ten-year average by 12.7 percentage points. But operating profit margin lost 32 basis points year-over-year to close at 13.6%. Interest income's contribution to gross earnings has steadily improved from 67.5% in 2011 to 85.7% in 2020. Profit Before Tax (PBT)  margin of 13.6% and Profit After Tax (PAT) margin of  12.9% were marginally lower than the figures for the preceding financial year.

The oil and gas sector had the highest amount of loans extended to the company’s customers; 22.6% of loans and advances to customers were given to the gas and oil sector (2019: 20.8%); it was followed by the manufacturing sector which was 17.4% (2019:18.3%). Customers in the south western part of Nigeria got 74.5% of the gross loans (2019:72.5%). Reserve for impairment on customers' loans was more or less flat at 4.8% of gross loans. However, this may rise owing to the current economic realities. Most of the loans have been extended to corporate organisations.  The retail segment, though profitable, could impair asset quality. Revenue and PAT from retail banking increased by 6.6% and 7.6% respectively over the past three years (on a CAGR basis). Retail banking accounted for 37.3% of total net interest income and 62.7% of total PAT. Net interest margin from this segment jumped from 37.5% to 42.7% in a year.

Total assets of FIDELITYBK grew by 30.5% in 2020 compared to a 22.9% increment in the previous year. Gross loans have grown at 20.6% compared to the prior year when it increased by 16.6% (on a 3-Year CAGR basis). Similarly, customers' deposits have expanded at a compound annual rate of 29.9% over the past three years. Shareholders' fund increased from NGN234 billion to NGN273.5 billion, adding 16.9% year-over-year.

FIDELITYBK had a debt of NGN261 billion as at 31st December 2020. This formed 9.5% of total assets and 95.4% of shareholders' fund. Net cash flow from operations was NGN242.6 billion at the 2020 year-end as against a negative value posted in the earlier year.

Business Risk
The emergence of financial technology companies and payment service banks has increased the intensity of competition in the financial sector. FIDELITYBK does not have much ability, in our opinion, to defend its earnings from competitive pressure. Failure to invest heavily in technology may make it difficult for the bank to take advantage of the opportunities created by the digital economy. In addition, brand loyalty is low in the banking sector and competition for deposits could drive down profit margins. Regulatory pressure could also impede the performance of FIDELITYBK. 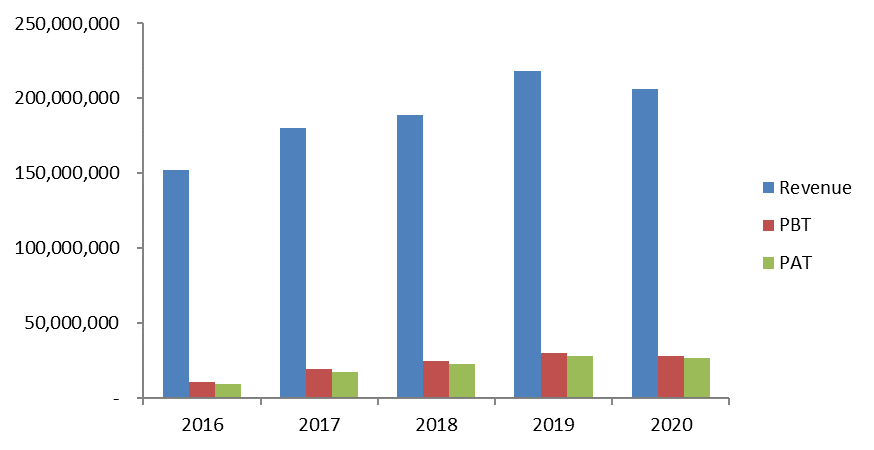 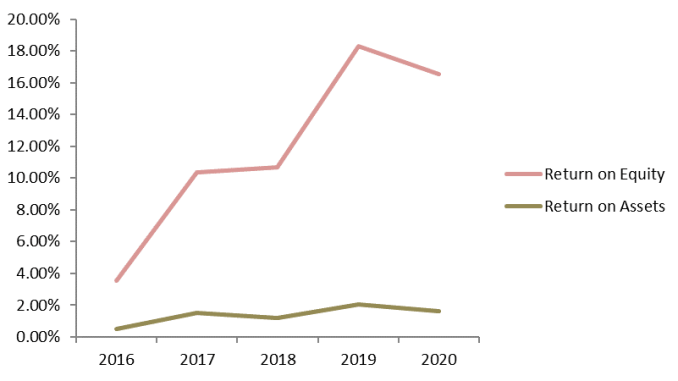