Company Overview
About 3 years after independence, precisely 1963, history was made: the first bottle of Guinness Foreign Extra Stout was produced in Nigeria to the admiration of lovers of the brand across the country. This landmark signalled a major turning point for Nigeria’s economy and, indeed, Guinness Nigeria Limited which had been importing the product from Dublin since its inception on April 29, 1950. Since then, Nigerians have yet to turn down GUINNESS, making Nigeria the second largest market for Guinness Foreign Extra Stout in the world.

GUINNESS is a subsidiary of Diageo Plc, a famed brewer of long-running brands with a strong presence in about 150 markets across the world. It boasts of leading brands such as Guinness Foreign Extra Stout, Malta Guinness, Harp Lager Beer, MrDowell's, Satzenbrau Lager, Snapp, Dubic Malt, Smirnoff Ice, Orijin Bitters and Origin Spirit Mixed Drink. Two subsidiaries of Diageo Plc, Guinness Overseas Limited and Atalantaf Limited, have a combined shareholding of 58% in GUINNESS. This makes Diageo Plc the ultimate parent company of GUINNESS.

GUINNESS is one of the largest brewers in Nigeria, though it lags behind Nigerian Breweries Plc by sales volume and total assets. Product relaunches and quality improvements assisted by Diageo Group have helped it carve a niche for itself in the Nigerian market. GUINNESS acquired the right to market the brands of its parent company (Diageo Plc) such as Baileys, Gordons, Captain Morgan and Johnnie Walker in Nigeria in 2016. The company launched Baileys Delight, Guinness Gold and Orjiin Herbal Gin in the year under consideration. Besides, management has been unrelenting, continuously innovating and creating brand awareness through a robust promotional campaign and strong community presence.

Investment Thesis
Profit margins have declined in the past ten years owing to high costs. Gross profit margin and operating profit margin lost 13.1% and 12.4% respectively in ten years. Profit Before Tax (PBT) and Profit After Tax (PAT) have dropped 9.4% and 8.6% respectively on a 10-year CAGR basis. However, revenue grew by 4% in ten years. The introduction of new brands has broadened its product portfolio and is expected to improve its earnings going forward.

Price to Sales and Price to Book Value are 0.8 and 1.2 times respectively. P/E at year end reached 19 times compared to 31.9 times of the previous year. GUINNESS is trading at a huge discount from our estimate of its intrinsic value. We, therefore, maintain a buy recommendation.

Valuation
GUINNESS has an adjusted Earnings Power Value of NGN41.3. Its P/E of 19 times its Earnings Per Share (EPS) of NGN2.50 produced a price of NGN47.50. Its Book Value Per Share averaged NGN28.2. The Two-Stage Dividend Discount Model put a share of the company between NGN34.00 and NGN35.7. Using Discounted Cash Flow (DCF) Model, a value ranging from NGN22.4 to NGN23.7 was arrived at.

Financial Overview
Earnings growth has been unstable over the past eight years. Turnover appreciated by 8.9% while Profit After Tax (PAT) depreciated by 239.6% on a 3-Year CAGR basis. Marketing and distribution expenses decreased from NGN26 billion to NGN21.8 billion, representing a 16.4% drop.  Administrative expenses to turnover ratio rose marginally by 0.6%, while marketing and distribution expenses to turnover ratio was 16.8% down from 18.2%. Operating profit margin shrank to 6.2%; Profit Before Tax (PBT) and PAT margins were 1.6% and 0.5% worse than last year's figures.PBT and PAT margins both trailed their 14-year averages of 13.9% and 9.7% respectively.

Return on Equity (RoE) stood at 6.2% while Return on Assets (RoA) was 3.4%.  EPS lost 18%. Shareholders' fund rose by 1.7%  compared to the previous year when it rose by 104%  due to a share premium of NGN38.5 billion. Capital spending per share was NGN7.6 while the company could not produce positive free cash flow due to increased capital spending.

GUINNESS is a low geared company with total debt of NGN19.9 billion. Total debt was 22.4% of shareholders' fund and 12.4% of total assets. The current ratio was 1.2 while the acid test ratio was 0.7. We do not believe that the long-term solvency of GUINNESS is questionable.

Business Risk
GUINNESS remains a major player in its industry. The market is dominated by few players and Guinness Foreign Extra Stout, Malta Guinness and Harp Lager Beer are established brands. In addition, some of the newly introduced products are gaining prominence. However, the weak purchasing power of consumers and harsh operating environment have an adverse effect on sales revenue and profit margins. Increasing capital investment has to be matched by increasing sales so that the business stays viable. 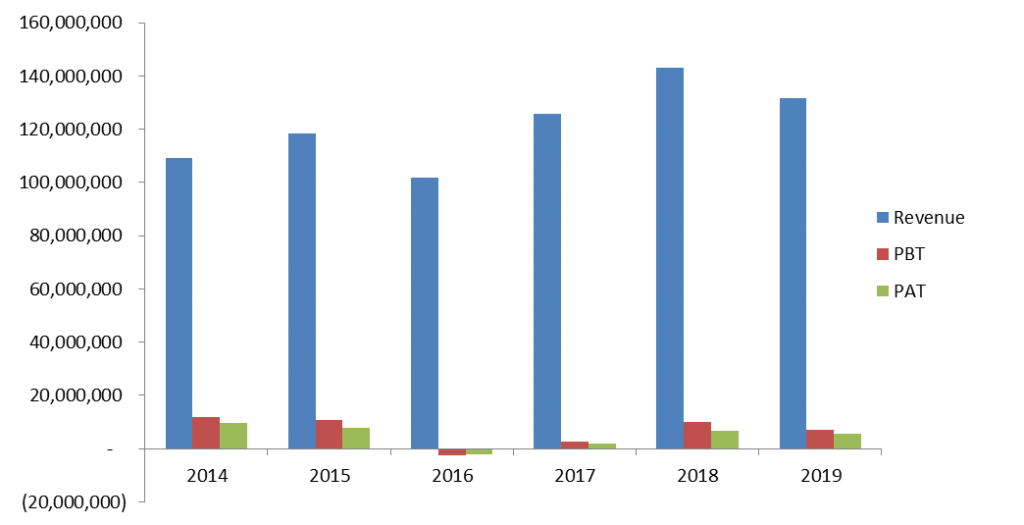 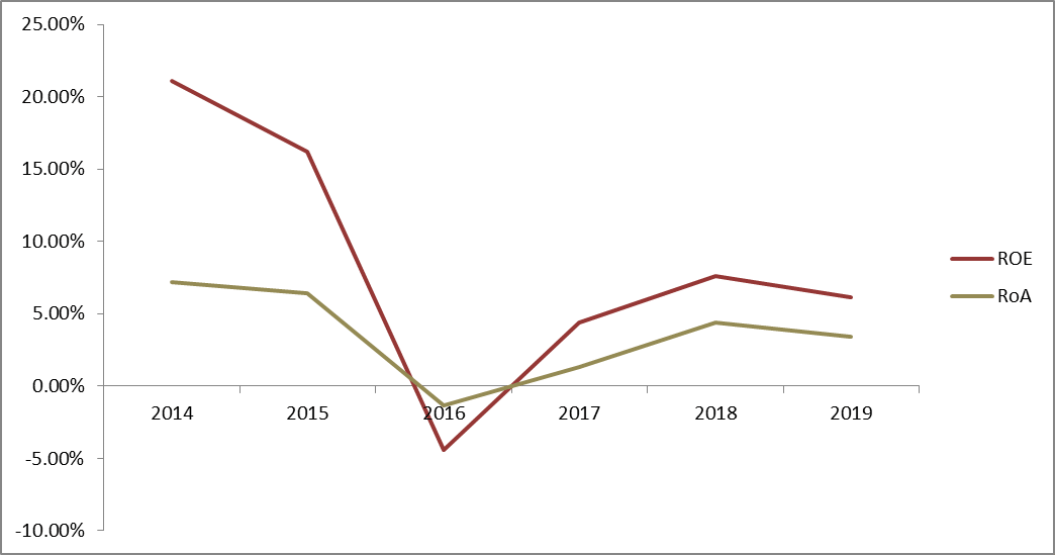