Company Overview
International Breweries Plc (INTBREW), formed by Dr. Lawrence Omole in December 1971, did not start operation until 1978 when its flagship product, Trophy Lager, was first produced. It became a public company in April 1994. Subsequently, the company got its share quoted on the Nigerian Stock Exchange a year later.

In a bid to prevent the company from going under, the company embarked on the reorganisation of the business. In 2008 funds were sourced from the Nigerian Capital Market in order to put INTBREW on the pedestal of profitability and growth. In the same year, the Warsteiner Group relinquished the majority of its shareholding to the Castel Group, a French brewer. These climaxed in the overhaul of its operations and the subsequent resuscitation of the Trophy Lager beer. In addition, other world-class brands were introduced to widen its product portfolio and its revenue base.

In January 2012, SABMiller Plc, a South African brewer founded in 1895, entered into a strategic alliance with the Castel Group.  The acquisition of SABMiller by Anheuser-Busch InBev (AB InBev) propelled the latter to combine its holding in Intafact Beverages Limited and Pabod Breweries Limited with International Breweries Plc in 2017. The merger has made INTBREW the second-largest brewer in Nigeria by total assets. Currently, AB Inbev Nigeria Holdings BV controls 47.4% of INTBREW while  Brauhaase International Management GMBH has a 27.7% stake. Brauhaase International Management GMBH operates as a subsidiary of Warsteiner Group.

Investment Thesis
INBREW is now a subsidiary of AB InBev, the largest brewer in the world. At present, INTBREW has a broader portfolio of products that includes Trophy and Betamalt, Hero Lager, Budweiser, Castle Light, Eagle Lager, and Grand Malt.  New product development and innovation, with the assistance of its technical partners, have helped management to propel the company to greater heights.

The alignment with SABMiller and Castel Group, undoubtedly, paved the way for the overhaul of management and operation. And the subsequent acquisition of SABMiller by AB InBev bodes well for the company. Also, INTBREW stands to benefit from the brewing expertise of Warsteiner Group; Warsteiner remains one of the largest privately-held breweries in Germany and was founded in 1753. Revenue has been on the rise and profit margins have improved.

While we are concerned about the deteriorating fundamentals post-merger, nevertheless we applauded it. There has been an astronomical rise in debt.  Total debt was NGN263.6 billion, amounting to 72.2% of total assets and 3532.2% of shareholders’ fund. Profits and profit margins have also worsened. However, production capacity has increased as it now has 4 breweries in Nigeria.  Also, sales revenue and total assets have swelled.

We believe that a better working capital management will benefit the company and reduce pressure on its net earnings and liquidity. INTBREW is investing in capital and has not been able to generate free cash flow consistently. But this is expected to pay off soon.

Valuation
INTBREW’s book value per share was NGN2.27, down from NGN10.66. The company has an Adjusted P/E of 5.4 times. Its adjusted Earnings Power Value is NGN4.1 per share.

From our valuation models, we obtained a value ranging from NGN3.60 to NGN4.10 for a share of INTBREW.  We would maintain a hold recommendation, though it is trading below our estimate. Shareholders should expect a total return of 28.8%.

The operating profit margin was -12.8%; gross profit margin fell about 11 percentage points. Return on Equity (RoE) and Return on Assets (RoA) were negative in both 2018 and 2019. Both current and acid test ratios have worsened. The current ratio dropped to 0.4 times while the acid test ratio declined to 0.3 times. Total debts soared. Operating profits and operating cash flow could not pay interest obligations at the end of the financial year under review.

Business Risk
INTBREW  is susceptible to weakening consumers’ purchasing power and slackness in economic activities in its country where it operates (Nigeria). Mounting debt is eroding its profits and driving down profit margins. 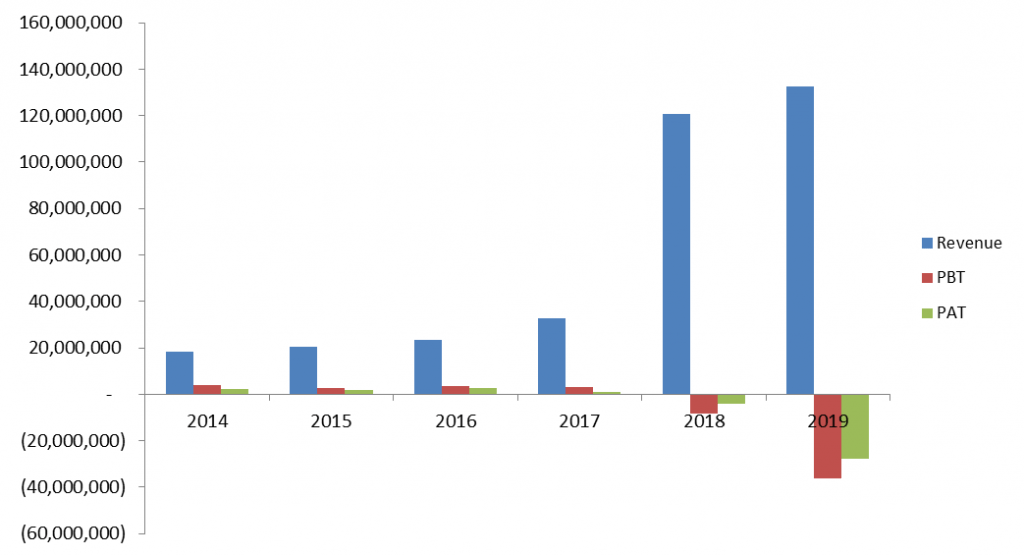 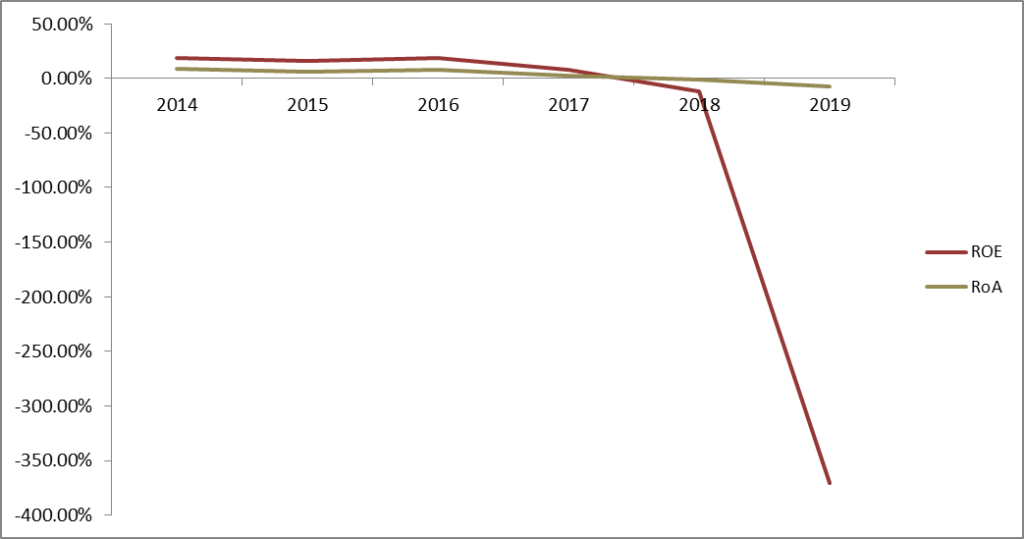