Company Overview
Lasaco Assurance Plc (LASACO), formerly Lagos State Assurance Company Limited, was incorporated in December 1979. It was authorised to carry out insurance business in July 1980. LASACO went public in 1991  and its shares were subsequently listed on the Nigerian Stock Exchange. The company became a composite insurance company following the acquisition of a life insurance business license in 2007. Ibile Holdings Limited and Canon Properties & Investment Limited are the two major shareholders of the company with 27.7% and 12.7% equity stakes respectively.

The life insurance business segment of the company is growing in prominence. It produced 54.7% of LASACO’s gross premium written in 2021 ( 2020:57.1) and 56.5% of underwriting profit  (2020:50.4%). Gross premium written from life insurance expanded at a compound annual growth rate (CAGR) of  29.1% over the past three years while the non-life insurance segment achieved a marginal increase of 2.2% in the same period. Underwriting profit from life insurance has improved by a 3-year CAGR of 6.3% as against a 17.4% decrease for the non-life business. However, Profit Before Tax (PBT) from its life insurance business dropped 70.5 percent year-over-year compared to a fall of 48.8% in the prior year. The PBT for the segment was  NGN136 million or 48.1% of total PBT in 2021, down from  NGN460.5 million or 66.1% of total PBT  in the preceding financial year.

There is low penetration of insurance in Nigeria owing to ignorance of the benefits of insurance, lack of trust in the industry, low per capita income and so on. But we believe that stronger regulation, creation of awareness and continued enforcement of the compulsory insurance policies can increase the adoption of insurance products in the country. Besides, the recapitalisation exercise spearheaded by the regulator, National Insurance Commission (NAICOM) will give the company the opportunity to shore up its capital and strengthen its capacity to underwrite more policies, especially marine, oil and gas insurance policies.

LASACO is not overburdened by debt;  it is adequately capitalised and solvent. The company has reinsurance agreements in place that have helped in settling claims made by its clients. The claims incurred in the past five fiscal years totalled NGN23.8 billion; the company recovered a total of NGN10.3 billion from reinsurers and only absorbed claims expenses of NGN13.5 billion or 56.9% of total claims incurred over the past five years.

Valuation
A share of LASACO should trade between NGN0.90 and NGN1.75 based on our analysis. And a  return of 60% is expected on the stock. The company’s stock is currently trading close to its estimated fair value. We recommend a buy below NGN1.33 per share.

LASACO’s underwriting profit was 13.6% of gross premium earned, down from 18% in the preceding year. Total assets were NGN24 billion in the year under consideration, up from NGN20.5  billion in the earlier year. In addition, the shareholders’ fund added  44.9% to NGN11.3 billion.

Business Risk
LASACO is susceptible to competitive pressure which can hurt its earnings and margins going forward.  Besides, the low insurance penetration rate in Nigeria could impact gross premium income and underwriting profit adversely. Huge claims settlement could wipe out its profits. The company faces regulatory risk as the sector is highly regulated. 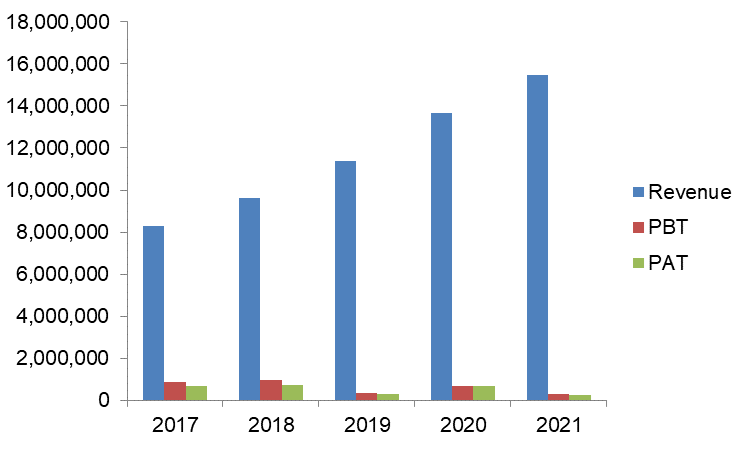 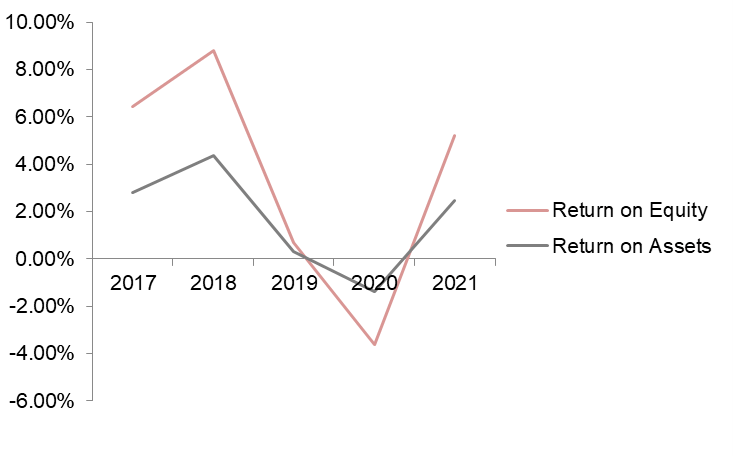