Company Overview
Livestock Feeds Plc (LIVESTOCK) was founded by Pfizer Pharmaceuticals in 1963 to produce animal feeds and concentrates. Its product portfolio includes Aquamax Fish Feed, Grower Mash, Layer Mash, Chick Mash and Broiler Concentrates. The company was later acquired from Pfizer Pharmaceuticals by its managers. In 2013, UAC of Nigeria Plc acquired controlling interest in LIVESTOCK. So UAC of Nigeria Plc is the parent company of LIVESTOCK by virtue of its 73.3% shareholding in the company. Being a quoted company, its shares are traded on the floor of the Nigerian Stock Exchange.

LIVESTOCK, a trailblazer in animal feeds production, boasts manufacturing facilities across Nigeria where it has operated for about sixty years. Its distribution network and the flexibility of producing to customers’ specifications are boons to the company.

Mr. Joseph Dada became the chairman of the board of directors of LIVESTOCK   on 24th January, 2020. Mr Adegboyega Adedeji was appointed acting managing director on 1st August, 2019 following the resignation of Mr. Solomon Aigbavboa, the erstwhile managing director.

Investment Thesis
The financial condition of LIVESTOCK deteriorated in the last two years, judging by key performance indicators. In 2017, LIVESTOCK declared a turnover of NGN10.2 billion compared to NGN11.1 billion of the previous financial year. This translated to a 7.9% drop in turnover. In like manner, it announced an operating loss of NGN87.4 million as against the prior period’s operating profit of NGN439.2 million. Profit After Tax (PAT) was negative (-NGN725.8 million) and total assets declined. Profit margins and returns to shareholders were not encouraging. And in the following year (2018), the company carried on the dismal performance.

However, LIVESTOCK  seemed to have turned the corner. The financial result of 2019 was an improvement on the previous year’s performance.  Top-line climbed 27.1 percentage points; profit was made as opposed to the preceding year’s loss. The recent result attested to the relentlessness of the company’s management. Quarter 1 financial statement as at 31st March, 2020 showed a quarter-on-quarter turnover increase of 2.8% . Operating profit more than doubled, rising from NGN41 million to NGN83.1 million; PAT was NGN40.5 million, up from NGN9.5 million. Both shareholders’ fund and total assets were 2.6% and 8.6% respectively.

It is hoped that dividend payment will resume soon to compensate investors who have been waiting for the company’s performance to improve. A share of the company trades within our estimated intrinsic value which is between NGN0.40 and NGN0.60. Our recommendation is a hold in the near term. We would keep tabs on LIVESTOCK and align our recommendation with the company’s fundamentals.

Valuation
LIVESTOCK is trading within our fair value estimate at the moment.  Therefore, we maintain a hold on its shares. A return of 15.4% should be produced by a share of the company over the next three years.

Financial Overview
LIVESTOCK added NGN2.1 billion to the turnover of NGN7.8 billion achieved in 2018. Operating profit was NGN182.8 million or 1.8% of turnover. But this was better than the operating loss of NGN633.1 million of the earlier year. Profit Before Tax (PBT)  and PAT were NGN112.6 million and NGN106.4 million respectively as against the losses incurred in the previous two years.

High cost of sales, which is the bane of the company, has been responsible for low profit margins. Cost of sales hovers around 90% while gross profit margin averaged 9.4% in the last 12 years.  Operating profit margin was 1.8%, up from -8.1% of the past year. Both PBT and PAT were 1.1% each in the current year (2019), though these were better than the figures for the past two years.

LIVESTOCK has paid down its debt; it had NGN955.3 million outstanding debt at 2019 financial year end. The profits hardly cover its debt obligations with an interest cover of 1.8 times in the year under review.  But we believe LIVESTOCK has a manageable debt.

Business Risk
Profit margins are low on account of high production costs. Dwindling purchasing power of households would reduce consumption of animal products, and by extension demand for animal feeds. 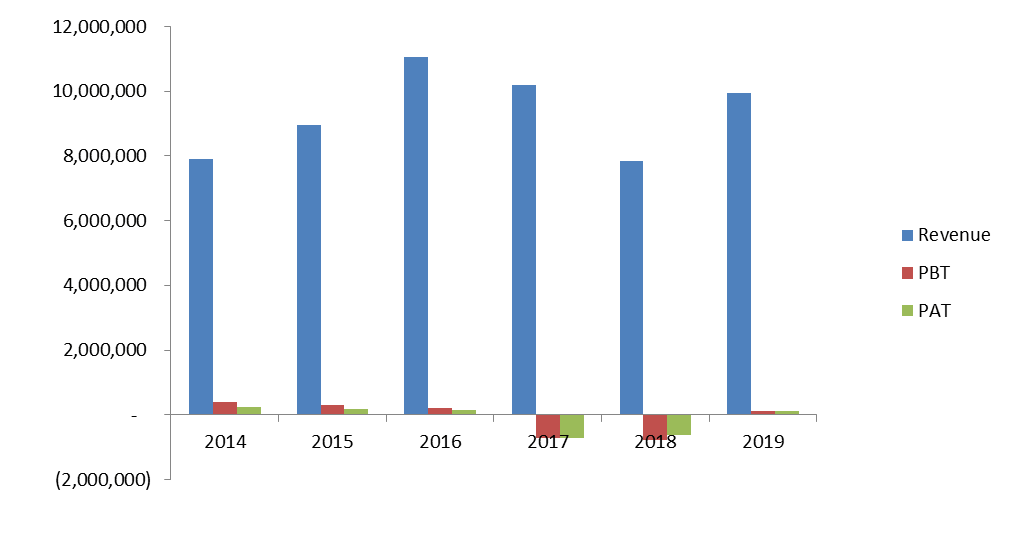 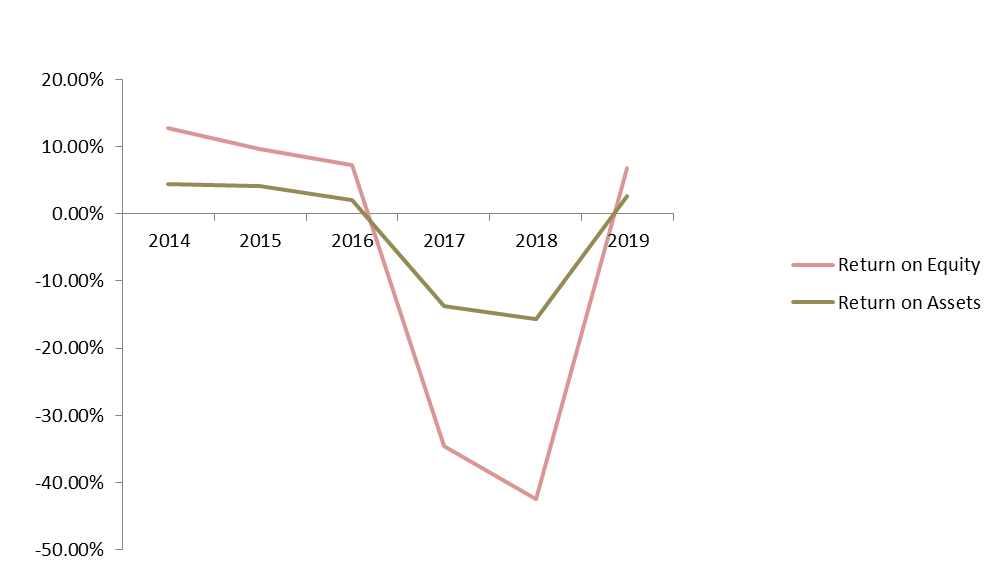