Mr. Marco Storari was named acting managing director following the resignation of Mrs. Priscilla Thorpe-Monclus in August 2020. Mr. Christopher Okorie, a non-executive director, also resigned in the 2020 financial year. Mr. Patrice Alberti, who was nominated in 2017, occupies the position of chairman of the board of directors of MRS.

Investment Thesis
The performance of MRS has deteriorated over the past few years. Revenue has diminished at a compound rate of 26.8% over the last three years.  Earnings Before Interest, Taxes, Depreciation and Amortisation (EBITDA) and EBITDA margin have been negative for three straight years. Profit Before Tax (PBT) and Profit After Tax (PAT) have taken a nosedive. Total assets and shareholders’ fund have lost 14.4% and 10% respectively on a 3-Year Compound Annual Growth Rate (CAGR) basis.

Revenue plunged downward owing to a continuous fall in Premium Motor Spirit (PMS) sales which account for about 71% of total revenue. PMS sales of NGN31.7 billion in the 2020 financial year represented a 3-Year CAGR decrease of 20.3%. The sale of other petroleum products also declined over the past three years. Aviation Turbine Kerosene (ATK), which contributes close to 11% of total sales revenue, produced less than one-third of sales realised a year ago. In fact, ATK has shed 37.8% over the last three years. Automotive Gas Oil (AGO) lost revenue of 38% (on a 3-Year CAGR basis) to close at NGN4 billion on 31st December 2020. Revenue from lubricants and greases has shrunk at a 3-Year CAGR of 3.3% compared to the prior year (2019) when it grew at a compound rate of 4.7%.

The contribution of lubricants and greases (L&G) to top- and bottom-lines has grown over the years. They contributed 9.1% of total revenue and 31.9% of the total gross profit in 2020. L&G could generate 3.9% of total revenue and 22.1% of total gross profit three years ago. The 10-year average gross profit margin of L&G was 28.7%. However, Liquefied Petroleum Gas (LPG) sales have been less than 1% of total revenue.  The sale of fuel, which forms the bulk of the turnover, is typically a low profit margin business. MRS can bolster sales volume and improve profit margins by increasing its investment in lubricants and LPG. The demand for LPG is expected to continue to grow. In addition, MRS should widen its distribution network and promote product visibility in order to boost earnings across all product lines.

MRS has been finding it difficult to produce net profit owing to high operating costs and high interest expense. Though it has reduced its debt to a manageable level, MRS finds it difficult to pay interest from its operating profit. Both Return on Equity (RoE) and Return on Assets (RoA) were negative for three consecutive years. And dividend payment was halted. We recommend a hold on the shares of MRS even though it is trading at a hefty discount to our fair value estimate. However, we will be monitoring the company’s performance.

Valuation
A share of MRS should trade between NGN25.30 and NGN33.51 based on our valuation of the company. When the estimated value of the share and the market price are compared, MRS is underpriced. But we advise Investors to maintain a hold on the stock of MRS because its performance has been below par.

Financial Overview
MRS has been unable to grow its revenue for the fourth successive year. The revenue of NGN42 billion declared in 2020 was 36% lower than the previous year’s sales revenue. The weakening sale of refined petroleum products has been the major factor hindering revenue growth. Refined petroleum products’ contribution to total sales revenue averaged 95.8% over the past ten years while lubricants have an average of 4.2% of total revenue. Petroleum products sales have decreased by 28.1% on a 3-Year Compound Annual Growth Rate (CAGR) while total revenue has lost 26.8% over the past three years. The gross profit margin moved up from 6.7% to 8.2% between 2019 and 2020 in spite of a 21.5% year-over-year fall in gross profit. Gross profit has trailed administrative expenses in the three years, hence no operating profit has been posted for three consecutive years. The operating loss at the end of the 2020 fiscal year amounted to NGN1.6 billion, down from an operating loss of NGN2 billion declared a year earlier.

Similarly, PBT has been negative since 2017 owing to a combination of high operating expenses and finance cost. Net finance cost was NGN1.1 billion and Loss Before Tax (LBT) was NGN2.7 billion at the end of 2020. The LBT in the preceding year was NGN1.9 billion. Loss After Tax increased by 40.4% to NGN2.3 billion over the prior period’s value.

Business Risk
Sales volume has been decreasing and covering the high costs associated with the business has been a problem for MRS. Total expenses have been, on average, equivalent to the revenue made by the company. Profitability, as a result, has been under threat. 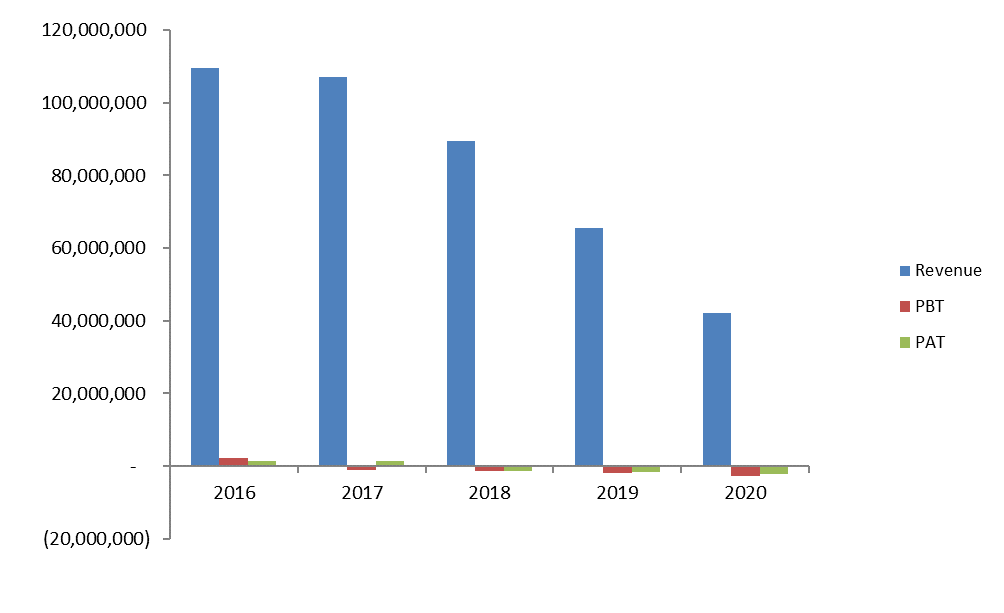 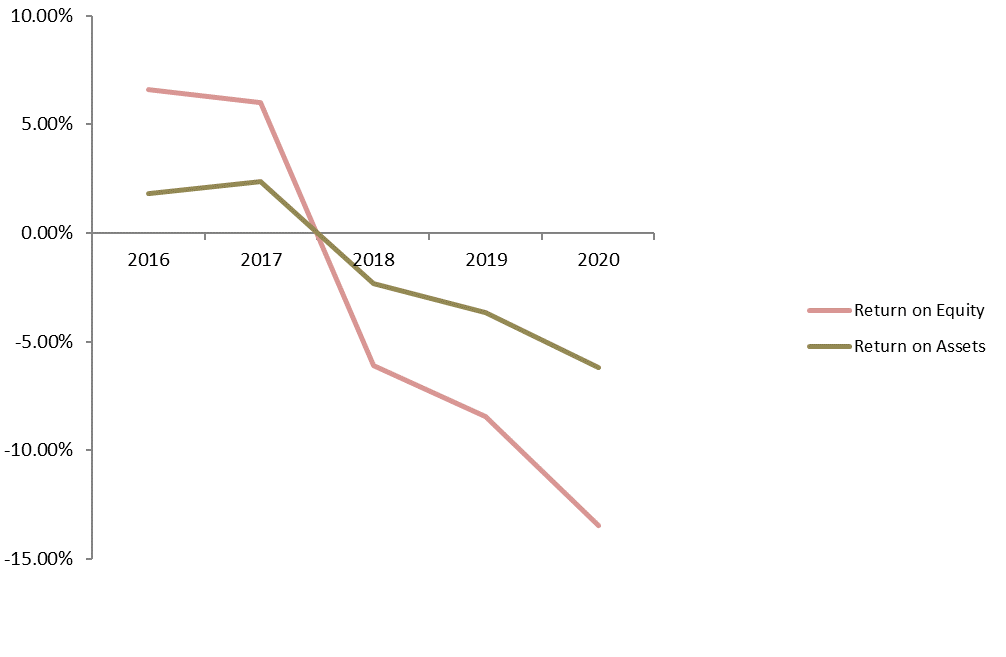