Company Overview
NIO Inc. (NIO) was established as NextCar Inc. in November 2014. It became known as NIO Inc. in 2017.NIO is a holding company incorporated in the Cayman Islands, a British Overseas Territory in North America. The company went public in 2018 and its shares are listed on the New York Stock Exchange (NYSE). ES8 vehicles, its first electric vehicle model, were first delivered to customers in 2018. Other models developed by NIO include ES6, EC6 and ET7.

NIO joins forces with other companies in order to develop, manufacture and market its products. Jianghuai Automobile Group Co. Ltd (JAC), a state-owned automaker in China, was contracted to manufacture its vehicles. It also partnered with companies such as GAC and Changan to develop electric vehicles and their components. Though its principal offices are in China, NIO has locations in Germany, England, Norway, and the USA. All operations are coordinated from its headquarters in Shanghai (China). NIO established Wuhan Weineng Battery Asset Co. Ltd (BAC) in August 2020 in conjunction with Hubei Science Technology Investment Group Co. Ltd, Contemporary Amperex Technology Co. Ltd and a subsidiary of Guotai Junan International Holdings Ltd. BAC provides customers with the option of paying for only the car and obtaining the battery packs on lease.

Bin Li, one of the company’s founders, is the chairman and chief executive officer. Lihong Qin is a co-founder and the president of NIO Inc. Ms. Yu Long was named an independent director in July 2021; she chairs the Nominating and Corporate Governance Committee. The Audit Committee and Compensation Committee are headed by Mr. Denny Ting Bun Lee and Mr. Hai Wu respectively. Mr. Lee joined the board in September 2018 while Mr. Wu became a director of NIO in July 2016.

Investment Thesis
Innovation and product improvements powered by excellent research capability are critical for the success of NIO. Research and Development (R&D) has formed close to 47% of operating expenses in the past five years. The sale of the newer version of ES8 began in the year 2020. In addition, the recently-launched ET7, a premium smart electric sedan, is expected to boost revenue when delivery begins.

The demand for alternative fuel vehicles should increase, not only in China but globally. The Battery as a Service (BaaS) and battery swapping introduced by NIO should encourage more acceptance of  NIO’s electric vehicles. BaaS makes vehicle price lower as battery price is excluded from the vehicle purchase price and the user subscribes to battery usage through BAC. The battery can also be exchanged at Power Swap stations.

High operating cost is the bane of the company. NIO has accumulated losses of RMB51.7 billion (US$7.9 billion) as at 31st December 2020. At present, NIO sells its electric vehicles in only China. By exploring overseas markets, it can increase sales volume and spread its costs. The company was able to ramp up deliveries in the first quarter of the year 2021 amid the shortage of semiconductor, an important component in modern vehicles. Deliveries of vehicles were 20,060 in quarter 1 of 2021, up from 3,838 in the corresponding period of the previous year. Total revenue for the quarter was RMB8 billion (US$1.2 billion) which represented a year-over-year increase of 481.8%. Net loss decreased by 73.3% to RMB451 million (US$68.8 million).

NIO continues to spend on R&D and capacity upgrades to meet the demand for its products. Its service and power networks are also being expanded to satisfy existing users and encourage prospective users to buy its products. The business is capital intensive and a considerable amount of investment is constantly required. NIO would need additional loans or share issues in order that capital expenditure is not halted. The result is mounting debts or stock dilution. If the company does not make any operating profit, interests cannot be paid from operating profit. NIO has been making operating losses and huge capital expenditure has wiped off operating cash flow in the previous years.

NIO must grow sales volume in order to earn profits.  We believe that the investment in new technologies would help NIO compete in the evolving electric car market going forward.

Financial Overview
NIO did not make any sales before the year 2018 even though it had been in operation. Total operating expenses were RMB2.6 billion in 2016 and RMB5 billion in 2017. R&D expenses accounted for over 50% of total costs in both years. Accumulated losses had risen to RMB11.7 billion at the end of the 2017 fiscal year.

Though they still exceeded total revenue in 2020, total costs as a proportion of total revenue dropped from 241.6% to 128%. Cost of sales to turnover ratio was reduced to 88.5% thereby producing a gross profit margin of 11.5%. The gross profit margin was negative in prior years. R&D to turnover ratio was 15.3%, down from the previous year’s 56.6%. Selling, general and administrative expenses likewise dropped 27.9% to RMB3.9 billion (US$602.6 million).

Business Risk
Increased competitive pressure is being exerted on the electric vehicle market. NIO faces competition from both the domestic and foreign market players. Therefore, the company must up its game in order to survive in the industry. The investment in autonomous driving or alternative technology has some risks because it is still evolving.

NIO would want to penetrate foreign markets in the future. It would face the Herculean task of complying with regulatory requirements, for instance, safety standards in multiple jurisdictions. 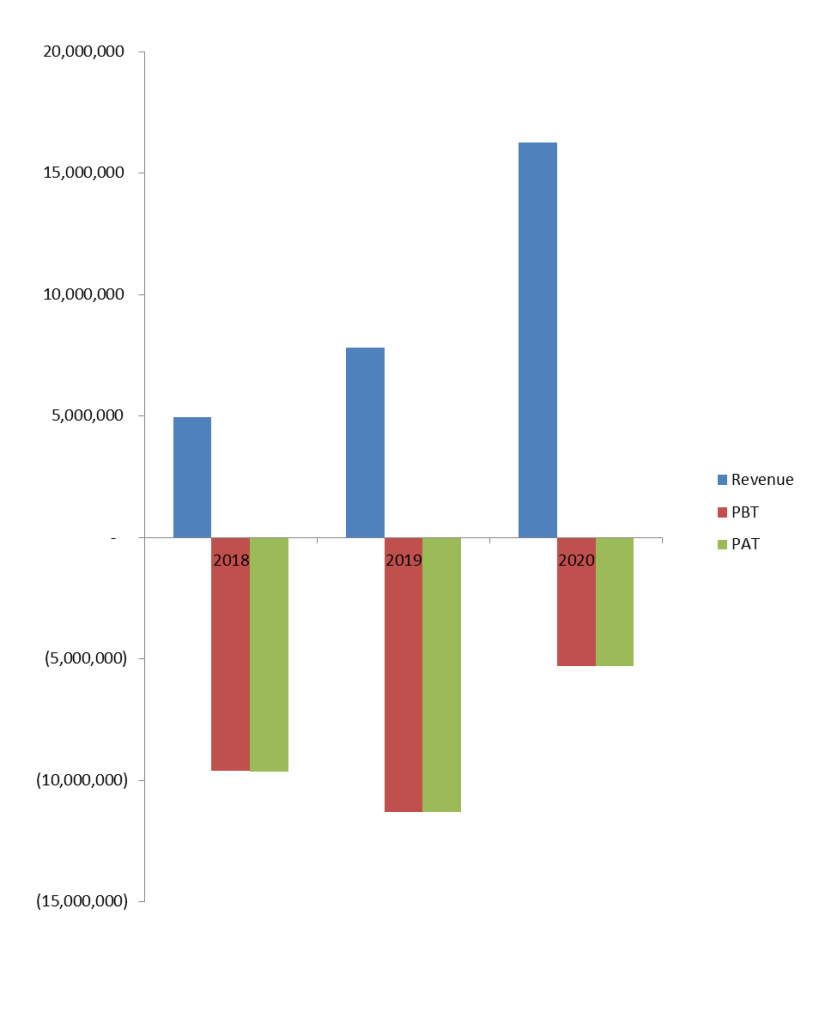 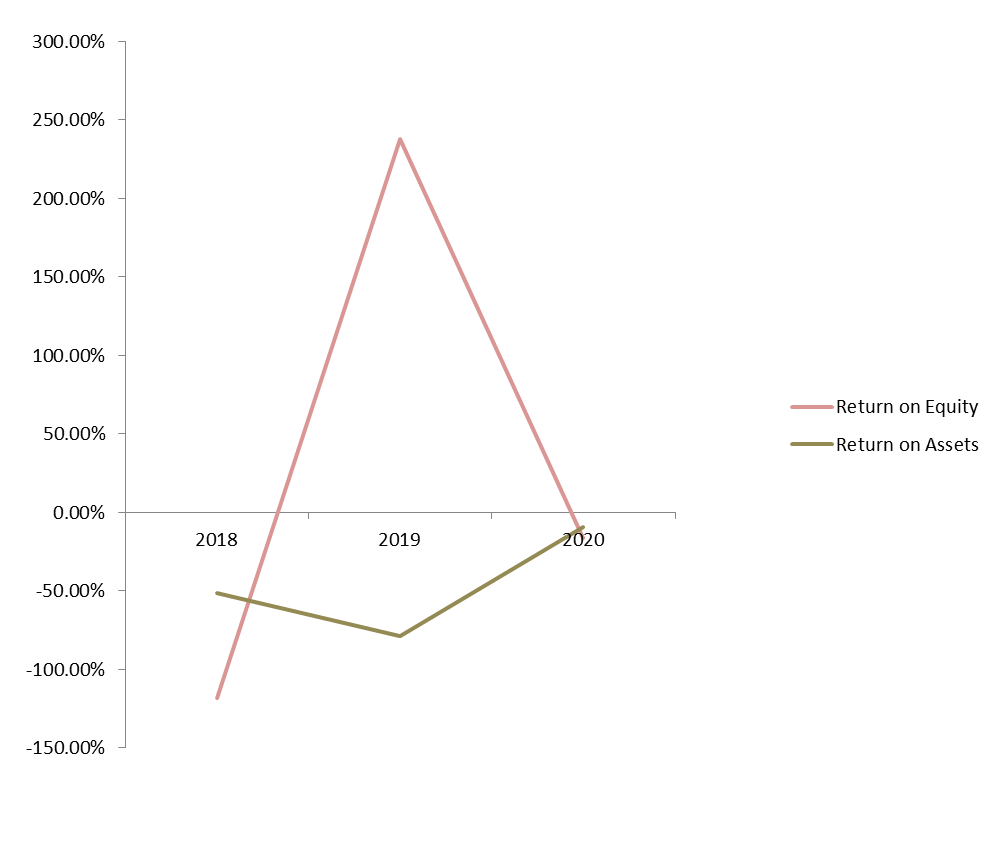