Company Overview
Okomu Oil Palm Company Plc (OKOMUOIL), cultivates oil palm and rubber for domestic and export markets. It started as a private limited company in December 1979 and it became a public company in September, 1997. OKOMUOIL is a subsidiary of SOCFINAF, a company that has been operating in Luxemburg since 1961. SOCFINAF, which controls 62.7% of OKOMUOIL, is famed for operating rubber and oil plantations in Africa.

The company benefits from the technical and managerial expertise of SOCFINCO FR SA, a related company based in Switzerland. It is investing in two 30t/hour oil mills in order to bolster its oil processing capacity. In addition, it continuously invests in oil palm and rubber plantations development that can improve its stock of biological assets that generate revenue going forward.

The company’s board of directors is chaired by Mr. G. Oyebode. Mr. A. Mary (French) retired in October 2019 and was replaced by Mr. A. Arhainx (French). Dr. G. D. Hefer (South African) is the managing director.

Investment Thesis
OKOMUOIL has been generating profits for the past ten years despite the volatility of commodities prices. Shareholders, as a result, have enjoyed regular dividends. Profit margins are high; operating profit margin in 2019 financial year was 38%; Profit Before Tax (PBT) margin was 39.9% while Profit After Tax (PAT) margin was 26.8%.

The company spends substantial amount on nurturing its crops to maturity and capital. Although pre-cropping and capital expenditures dropped to NGN4.4 billion from NGN6.8 billion incurred the previous year (2018), they amounted to 23.4% of revenue in 2019 compared to 33.6% of 2018. Consequently, the company needs to procure loans for capital investment.  Total debt at the end of the year stood at NGN9 billion (2018:2.7 billion). OKOMUOIL enjoys the financial support of the Federal Government of Nigeria for commercial agricultural which involves disbursement of loans with favourable terms such as low interest rate and moratorium. OKOMUOIL obtained an additional facility of NGN6.9 billion to finance the development of its oil palm plantation.

The company generates considerable cash flow and profit to offset its debt obligations. We do not have any reason to believe that the company is illiquid. Cash flow could pay interest 27.9 times while operating profit covered it 37.8 times. In addition, the investment in new oil mills is expected to yield fruits in the medium term. Palm oil produced 83.7% of revenue and 76% of PAT in the year under review. It produced a gross profit margin of 72.5% (2018: 77.2%). At present, OKOMUOIL sells its palm oil products locally and completion of its new oil mills will give the company the opportunity to increase its sales revenue in the domestic market and penetrate offshore markets.

Valuation
We have valued OKOMUOIL and arrived at a fair value estimate of between NGN47.2 and NGN51.3 for a share of the company. Consequently, it is currently trading above our estimate.

Financial Overview
OKOMUOIL made revenue of NGN18.9 billion in 2019 which was tantamount to a 6.9% decrease year-on-year. This is attributable to a decline in sales revenue from palm oil products which accounts for over 70% of its revenue. However, palm oil sales have grown at a compound rate of 19% over the past five years.

Though profitability weakened year-on-year, there has been an improvement over the past three years. Operating profit and PBT grew by 1.6% and 8.4% respectively on a 3-Year Compound Annual Growth Rate (CAGR) basis; in the earlier year, they swelled by 48.3% and 52.8% respectively.

OKOMUOIL had total assets of NGN43.6 billion while shareholders’ fund was NGN29.2 billion. Current ratio was 3.3 times while acid test ratio was 2.2 times. It has enough liquid assets to meet its maturing obligations. Though it increased during the year, total debt of NGN9 billion is manageable; total debt accounted for 20.6% of total assets and 30.8% of shareholders’ fund.

Business Risk
OKOMUOIL exports its rubber products, thereby exposing its revenue to price swings in the international market. Besides, the company sources for seeds, equipment and spare parts from abroad; this makes it susceptible to exchange rate fluctuations. 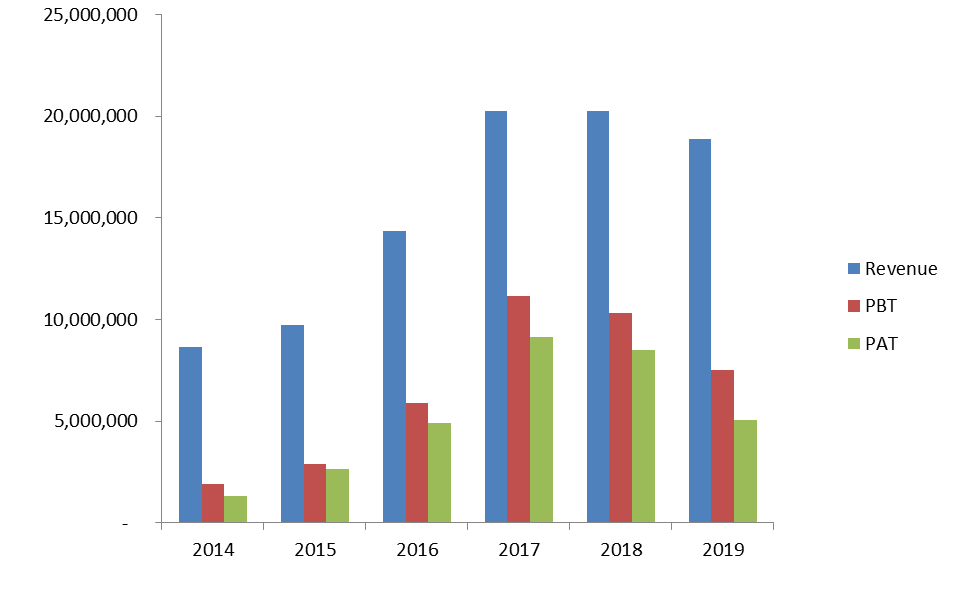 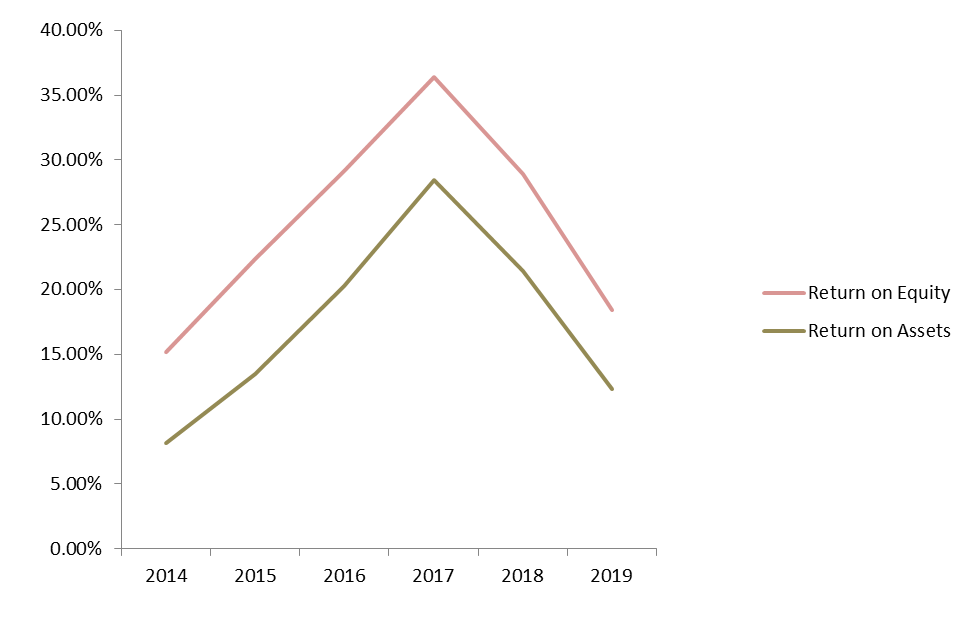