Company Overview
In a bid to promote its pharmaceutical products, Parke-Davis & Company (US) started a non-trading branch in Nigeria in 1962. In 1969, it was incorporated as Parke-Davis & Co (Nig.) Limited. And a change of name to Pharma Deko Limited was adopted in 1980. In addition to pharmaceutical products, PHARMDEKO produces consumer products like SANS Cream Soda and Bien Flavoured water.

The directors control about 61.9% of the shareholding of the company. Mr. F.R.A. Williams chairs the board. Mr. Ishola Oluwole Olukayode was named acting managing director following the demise of its former managing director, Mr. J.A. Abibu, on 8th January 2020.

Investment Thesis
Revenue has lost 23.8% over the past three years on a 3-year Compound Annual Growth Rate (CAGR) basis. The pharmaceutical division lost 47.1% whereas the consumer products segment dropped 12.6%. In addition, the revenue growth of its different business segments has been erratic.  The inability of the company to constantly generate sufficient sales revenue to cover costs is a cause of great concern. Administrative expenses as a ratio of turnover has risen to a 10-year high of 91.7% in 2019.

PHARMDEKO has diversified its earnings by producing beverages and providing contract manufacturing and packaging services. The consumer products segment has produced, on average, 50.4% of revenue over the last 10 years. Besides, the company has been reducing its indebtedness in order that profitability will get better. In fact, giant strides have been made in this regard. Total debt was 0.7% of total assets and 1.1% of shareholders’ fund at the end of the 2019 financial year.  In 2018, the total debt to total assets ratio was 2.2% while total debt as a percentage of total equity was 3.1%.  However, the company could be headed for a liquidity problem if working capital management is not embarked on.

We expect management to intensify effort to grow sales volume in order to produce cost savings and guarantee profitability. Returns have been volatile and shareholders have not been adequately compensated. Return on Average Equity for the five years 2015-2019 averaged 4.2% while Return on Average Assets averages out to 1.2%. We recommend a hold on the shares of PHARMDEKO considering its dwindling performance.

Valuation
PHARMDEKO’s adjusted Earnings Per Share (EPS) of NGN0.50 produces an Earnings Power Value of NGN3.33. Using our valuation models, we arrived at a value ranging from NGN1.70 to NGN3.60 for a share of PHARMDEKO. Investors should expect a return of 46.3% on the shares of the company.

Financial Overview
Earnings growth has been unstable over the years. Turnover had a 52.7% drop in 2019 compared to a 35.8% decline of the year before. Pharmaceutical products generated 14.5% of turnover compared to 56.7% of the previous year. Consumer products’ contribution to turnover, by contrast, increased from 43.4% to 85.5%. Though it posted a gross profit of NGN172 million,   PHARMDEKO had an operating loss of NGN360.4 million in 2019.  It recorded an operating loss because expenses exceeded revenue. Administrative expenses to turnover ratio jumped from 56.2% to 91.7%. Selling and distribution expenses formed 18.1% of revenue in 2019 as against 9% of the prior financial period.

Having paid down its debt, PHARMDEKO  is not overburdened by interest payment. The current ratio is 0.7 and the acid test ratio is 0.5. Total liabilities accounted for 67.6% of shareholders’ fund as against 46.1% of the previous period.  About 40% of assets are available for the creditors and the company is not insolvent.

Quarter 3 Result to September 30, 2020 showed a 1.2% rise in revenue for the first 9 months of 2020 over the corresponding period of the previous year. Operating loss was NGN158 million compared to the prior year’s loss of NGN257.3 million. Sales are now generated at a relatively high cost. The cost of goods sold now takes 68% of turnover (2018: 66.1%). This is partly responsible for the deterioration of gross margin by 1.9%. A Loss Before Tax (LBT) of NGN161.3 million was declared compared to a LBT of NGN263.9 million of the corresponding period of the prior year.

Business Risk
PHARMDEKO is not resistant to the economic condition in Nigeria, its area of operation. Unfavourable exchange rate movement has an adverse effect on profitability due to foreign exchange loss.   Also, competitive pressure makes earnings vulnerable. 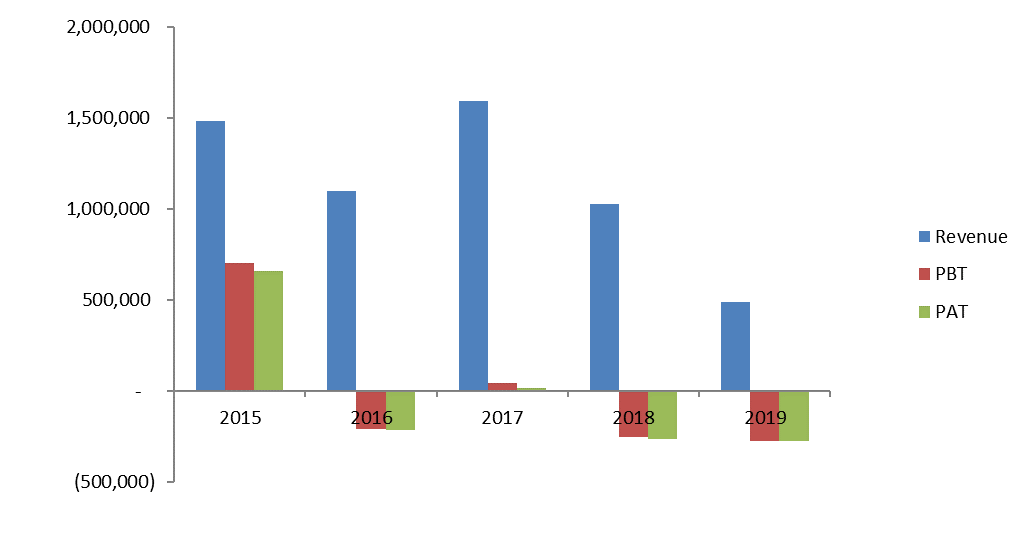 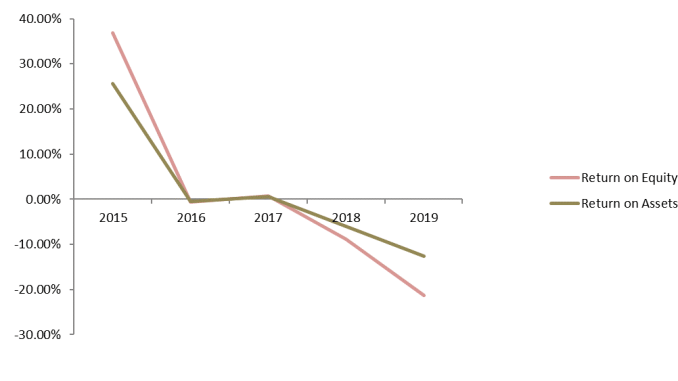