Sir. Muftau Oyegunle has been appointed acting chairman of PRESTIGE following the resignation of the former chairman, Dr. Doyin Salami. Mr. Rajesh Kamble assumed office as the managing director in October 2021. Mr. Rajesh replaced Mr. Sarbeswar Sahoo who left office close to the end of the 2021 fiscal year. During the year under review, Mr. Gopalan Raghu retired from the board while Anjan Dey stepped down as director. Mr. Prasad Chandra and Mrs. Rekha Gopalkrishnan  joined the board as  non-executive directors

Investment Thesis
PRESTIGE enjoys the financial, research and technical support of The New India Assurance Co. Limited, an insurer established in 1919 with a strong presence in Asia and Africa.  The experience of PRESTIGE in the Nigerian insurance sector spans over six decades. It has reinsurance agreements with Africa Reinsurance Corporation, Aveni Reinsurer, NCA Reinsurer, Waica Reinsurer, Continental Reinsurance and Zep Reinsurer. These agreements have helped to prevent financial losses that may arise from the settlement of claims. PRESTIGE paid claims totalling NGN6.4 billion in the current year (2020: NGN3.3 billion) out of total claims of NGN8.3 billion (2020: NGN4.3 billion). But claims expenses only amounted to NGN2.4 billion (2020:NGN1.7 billion) owing to reinsurance recoveries.

PRESTIGE has been able to sustain the turnaround that started in 2016. The company had accumulated losses between 2012 and 2015 due to its ability to grow its gross premium income.  The value of accumulated losses at the end of 2017 financial year stood at NGN347.3 million (2016:NGN776.5 million, 2015:NGN991.9 million).  The management succeeded in seeking approval to write off the accumulated losses in 2018 and that paved way for the resumption of dividend payment to the shareholders in 2020.

Earnings growth has been stable in the last five years.  Over the past five years,  gross premium and underwriting profit have expanded at a compound annual growth rate of  33.1% and 25.8% respectively.  Operating profit has gained 15.9% over the same period while Profit After Tax (PAT) has jumped by 25.4%. However, profit margins have been adversely affected by high claims and acquisition expenses. We are of the opinion that recapitalisation in the insurance sector will improve the capacity of the insurance companies to underwrite more policies, boost prompt claims settlement and confidence in the insurance business in the country.

The management of PRESTIGE has started pursuing new product development and investing in technology so as to sustain the improved performance. However, we are of the opinion that management needs to aggressively improve its distribution network owing to intense competition in the sector.

PRESTIGE is trading below our fair value estimate ranging from NGN0.90 and NGN1.01 per share. We believe that if management does not relent on its efforts to grow the business, PRESTIGE would adequately compensate the patient investors with dividends and capital appreciation.

Valuation
PRESTIGE trades at 0.27  and 2.7 times average book value per share and earnings respectively. We believe that PRESTIGE is worth between NGN0.90 and NGN1.01 per share. It currently trades below our fair value estimate and, in our opinion, it presents a buying opportunity for investors. The expected return on the stock is 112.5%.

Shareholders' fund which has been growing uninterrupted in the past nine years peaked at NGN13 billion at the end of the year under consideration (2021). Total assets grew by 16.6% over the previous year. The company has paid down its debt; the debt outstanding as at December 2021 was NGN6.8  million. Total debt was less than  1% of both shareholders' fund and total assets. PRESTIGE is a low-geared company with ample operating profit to settle its debt obligations. . However, cash flow from operations could not settle interest obligations due to difficulty in generating positive cash flow by the company.

Business Risk
There is intense competition in the insurance sector in Nigeria. In addition, many Nigerians have yet to embrace insurance. This has a negative effect on earnings growth. The business has an inherent risk and the occurrence of risks may wipe out its profits. 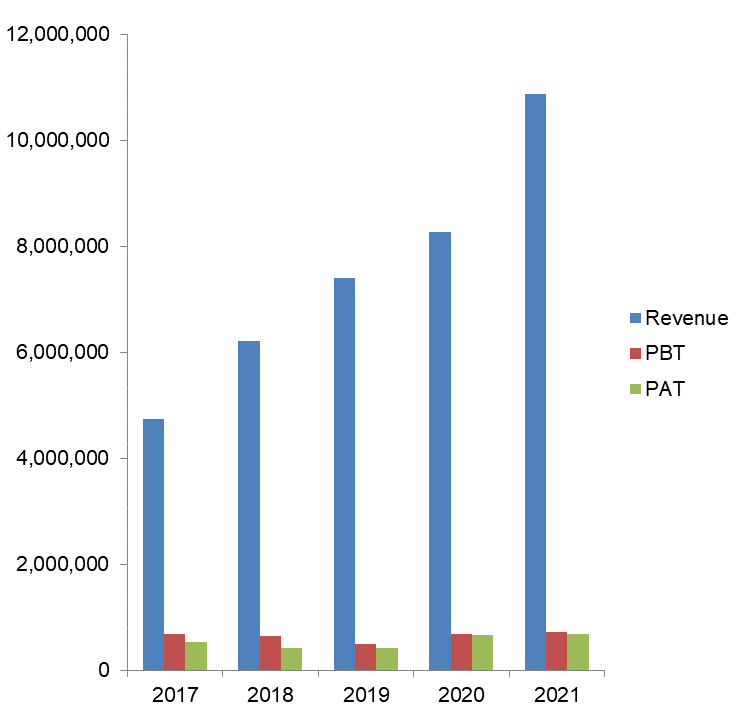 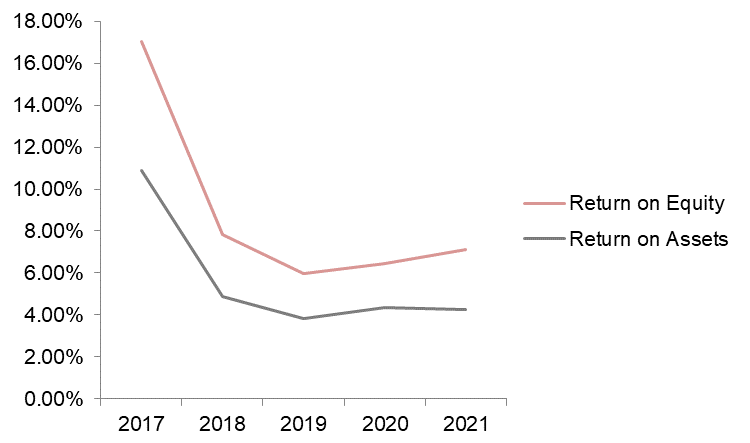