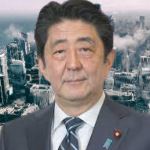 Abenomics was the term given to the policies introduced by the Liberal Democratic Party in 2012  when Shinzo Abe began his second tenure as the prime minister of Japan. Prior to 2012, Japan had experienced deflation, ageing population and a low rate of economic growth.  So, the policies were formulated to resuscitate the Japanese economy by increasing economic growth and the country’s competitiveness.  Three types of policies were used, namely monetary easing, fiscal stimulus and structural reforms. The Bank of Japan, the country’s central bank, used monetary easing by buying financial assets to boost total spending in the economy. By buying financial assets such as bonds, more money was made available in the economy, thereby increasing people’s purchasing power. The government also tried to stimulate economic activities by spending on infrastructure to encourage investment and grow the economy. The structural reforms were meant to improve the productivity and competitiveness of the Japanese economy through human resource development, flexible labour market, digitalisation and regulations. It was hoped that Small and Medium-sized Enterprises (SMEs) would expand and more investments attracted to the country.

Was Abenomics successful under Shinzo Abe?

The average inflation rate of Japan when Abenomics was spearheaded by Shinzo Abe between 2012 and 2020 was lower than what it was twenty years before Abenomics. The increased spending occasioned by monetary easing pushed inflation 0.5% higher. This represented progress for a country that was used to negative inflation. But it is still lower than the 2% target of the Bank of Japan.  In addition, the unemployment rate dropped to 3.2% during the period. Despite the huge spending on infrastructure, average investment as measured by gross fixed capital formation as a percentage of the Gross Domestic Product (GDP) fell from 27.7% in pre-Abenomics to 24.9%.