Company Overview
Skyway Aviation Handling Company Plc (SAHCO) is an aviation ground handling company that provides services such as passenger handling, cargo handling, ramp handling, equipment rental, and investment property rental. SAHCO was established as a private limited liability company in April 2009. It purchased Skypower Aviation Handling Company Limited (Skypower) from the Federal Government of Nigeria in the same year it was set up. Skypower was spun off from the defunct Nigerian Airways Limited in 1996 and it became an independent company in 1999. Skypower was absorbed by SAHCO via a business combination in 2018. SAHCO went public in 2018 and got its shares quoted on the Nigerian Stock Exchange in April 2019.

Investment Thesis
SAHCO’s performance has been stable over the past seven years. It has grown its revenue at a compound rate of 12.9% over the last three years in spite of the challenges posed by COVID-19 in the 2020 financial years. Profit After Tax (PAT) has expanded by 30.4 percent on a 3-Year Compound Annual Growth Rate (CAGR) basis. Revenue from cargo handling, a promising revenue source, has increased by a 3-Year CAGR of 28.1%. Further, cargo handling’s contribution to total revenue has been on the rise.

The gross profit margin, which is relatively high, averages out to 47.3% over the past eight years. However, the operating profit has been around 10.9% because of administrative expenses. Typically, impairment provision on trade receivables is high. SAHCO expects 48% of trade receivables to be bad in the year 2020 (2019: 44.4%). We expect the quality of the trade receivables to further deteriorate owing to the impact of the COVID-19 pandemic. Management should embark on better credit control in order to reduce liquidity pressure on the company and improve working capital.

SAHCO has started paying dividends to shareholders. Dividend yield averaged 4.6% in the past two years. The shares of the company are, in our opinion, undervalued since they are trading below our fair value estimate.

Valuation
The fair value of a share of SAHCO ranges from NGN5.90 to NGN8.39.  Investors should buy below NGN7.15 per share. The expected return on SAHCO stock is 45.9%.

Financial Overview
SAHCO’s revenue dropped NGN684.4 million or 8.9% to NGN7 billion in the 2020 fiscal year. The dip in revenue was a result of air travel restrictions imposed in response to the COVID-19 pandemic. Revenue from Cargo handling, which is the major contributor to revenue, grew by 11.7% compared to the previous year’s performance. Cargo handling contributed 76.1% of total revenue in the year 2020 compared to the preceding year when it accounted for 62% of the overall revenue. Foreign handling, the next highest revenue source, recorded a decrease in revenue for the fourth consecutive year. Revenue from foreign handling was NGN885.5 million in 2020, 29.7% down from NGN1.3 billion posted in the prior fiscal year. Similarly, revenue from domestic handling shrank by 28.6% year-over-year from NGN614.7 million to NGN439.1 million. Rental income from investment properties lost 24.9% to close at NGN148.4 million at the end of 2020. Equipment rental likewise moved down from NGN279 million to NGN139.3 million between 2019 and 2020.

SAHCO’s declared a gross profit of NGN3 billion was tantamount to a year-over-year decline of 9.5%. The gross profit margin of 43.4% was slightly lower than the preceding year’s value. Administrative expenses, which formed 36.9% of turnover, resulted in an operating profit margin of 8%. But Profit Before Tax (PBT) gained 57% owing to a finance income of NGN194.4 million. Therefore, the PBT margin rose to 8.1% in the current fiscal year from 4.7% achieved a year earlier. PAT margin gained 3.5 percentage points to 6.9% at the end of the year under consideration.

Business Risk
Dwindling corporate earnings and consumers’ purchasing power occasioned by slackness in the global economy are a threat to the earnings of airlines, and by extension, ground handling companies like SAHCO. The high costs of operations result in narrow profit margins for SAHCO. 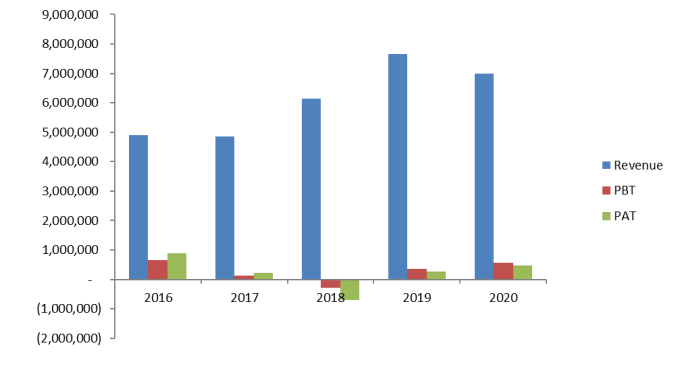 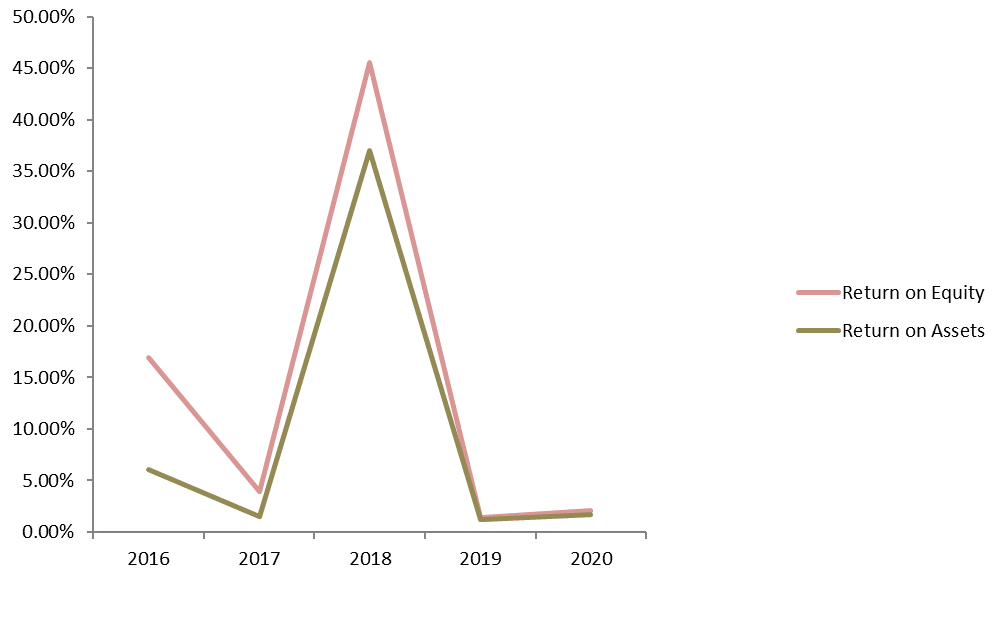