TESLA has made some acquisitions that have improved its capability in automotive, energy generation and storage businesses. Its production facilities are presently in the United States of America (USA) and China, but it is expanding capacity as more factories are in the works. The company’s robust network of service centres and superchargers, stationed in many countries, have increased the usage of its products. In addition, it provides product warranties and, in some cases, financing and leasing arrangements to promote brand preference. TESLA is not relenting; it is staying abreast of developments in the industry, like self-driving vehicles, which could consolidate its market standing.

Elon Musk is the chief executive officer of TESLA. Ms. Robyn Denholm chairs the company’s board of directors, a position she assumed in November 2018.

Investment Thesis
TESLA had experienced phenomenal growth in revenue. Revenue has grown at a 10-Year Compound Annual Growth Rate (CAGR) of 75.1% (2019:71.5%; 2018:107.2%). However, the company has failed to make net profit except in 2020 owing to massive spending on Research and Development (R & D) and high cost of revenues. TESLA recovered from recurring losses in the year 2020 in spite of the COVID-19 pandemic. Total costs had outstripped sales revenue for many years, thereby harming profitability. A net income of $862 million was made as against the previous year’s net loss of $775 million; accordingly, there was a $684 million or 11.2% reduction in accumulated deficit which stood at $5.4 billion in 2020 compared to $6.1 billion posted in the previous year.

It is worthy of note that R &D is pivotal to the success of TESLA and has helped it to develop expertise in electric vehicle engineering and technologies. A total of $6.5 billion has been expended on R & D in the last five years. This translated into 6.8% of the total revenue made in the same time period. Besides, its competencies have been enhanced through acquisitions made over the past few years. Two of such are the acquisition of SolarCity Corp in 2016 and that of  Maxwell Technologies, Inc. in 2019. We are of the opinion that these acquisitions will put TESLA on a pedestal.

Revenue from the USA picked up in the year 2020 after a 14.9% decline recorded a year ago. Sales revenue from the USA has grown by 34.7% to $15.2 billion on a 3-Year CAGR basis. About 50% of revenue originated from the USA where adoption of its products is on the rise. TESLA is making inroads in China. Revenue from China has grown from $477.1 million in 2014 to $6.7 billion in 2020. And the proportion of total revenue generated from China has increased by 6.2% to 21.1% in six years. Sales are also on the rise in other parts of the world because people are becoming more aware of the environmental impact of the products they use; a lot of people and businesses are turning down products that depend on non-renewable energy sources like fossil fuels. Sales revenue from other parts of the world, apart from the USA and China, grew from $8.9 billion to $9.7 billion which amounted to a 40.2% gain over the past three years.

We are of the opinion that the demand for electric vehicles and other products with zero carbon footprint will continue to grow in the future. And this is a boon to TESLA as a major player. Sales volume increase should lead to cost-savings, lower consumer prices, and improved profitability for TESLA in the foreseeable future.

Valuation
We believe TESLA stock is overpriced based on our fundamental analysis. A share, in our opinion, is worth a value between $227.73 and $251.97.

Financial Overview
Revenue reached a peak of $31.5 billion in the 2020 financial year. This was equivalent to a year-over-year increment of 28.3% compared to a 14.5% revenue rise in the earlier year. The automotive segment accounted for 93.4% of revenue increase while the energy generation and storage segment produced 6.6% of the increase. In the last seven years, 95.4% of total revenue has come from the automotive unit while the remaining 4.6% has been from energy generation and storage products.

TESLA had a gross profit of $6.6 billion in 2020 up from $4.1 billion posted in the previous year. Operating profit was $2 billion in contrast to an operating loss of $69 million of the earlier financial period. Similarly, net income for the year was $862 million compared to the previous year’s net loss of $775 million. This resulted in a net income per share of $0.92 as opposed to -$0.87 achieved a year ago.

Profitability got better. The gross profit margin was positive for twelve straight years while operating profit, Profit Before Tax (PBT) and Profit After Tax (PAT) margins turned positive after 12 consecutive years of being negative due to reoccurring losses. The gross profit margin of 21% exceeded the 12-year average by 73 basis points; operating profit margin increased to 6.3% from -0.3%; PBT and PAT margins were 3.7% and 2.7% respectively compared to -2.7% and -3.2% in 2019, the prior fiscal year.

Total assets grew to $52.1 from $34.3 of a year ago. Cash, property plant and equipment, and solar systems are the major components of total assets. A lot of cash was generated in the year; cash and cash equivalents were $19.4 billion or 37.2% of total assets. Total equity jumped from $7.5 billion to $23.1 billion due to additional paid-in capital of $14.5 billion. TESLA is not bogged down by debt obligations with both operating profit and net operating cash flow covering interest payments. This represented an improvement compared with previous years when there were no operating profits to pay debt obligations.

Business Risk
The automotive industry is expected to be more competitive as more players are entering the market especially the well-established automakers. This means that earnings are susceptible to attack from rivals. Besides, the high cost of operations hampers the lucrativeness of TESLA. 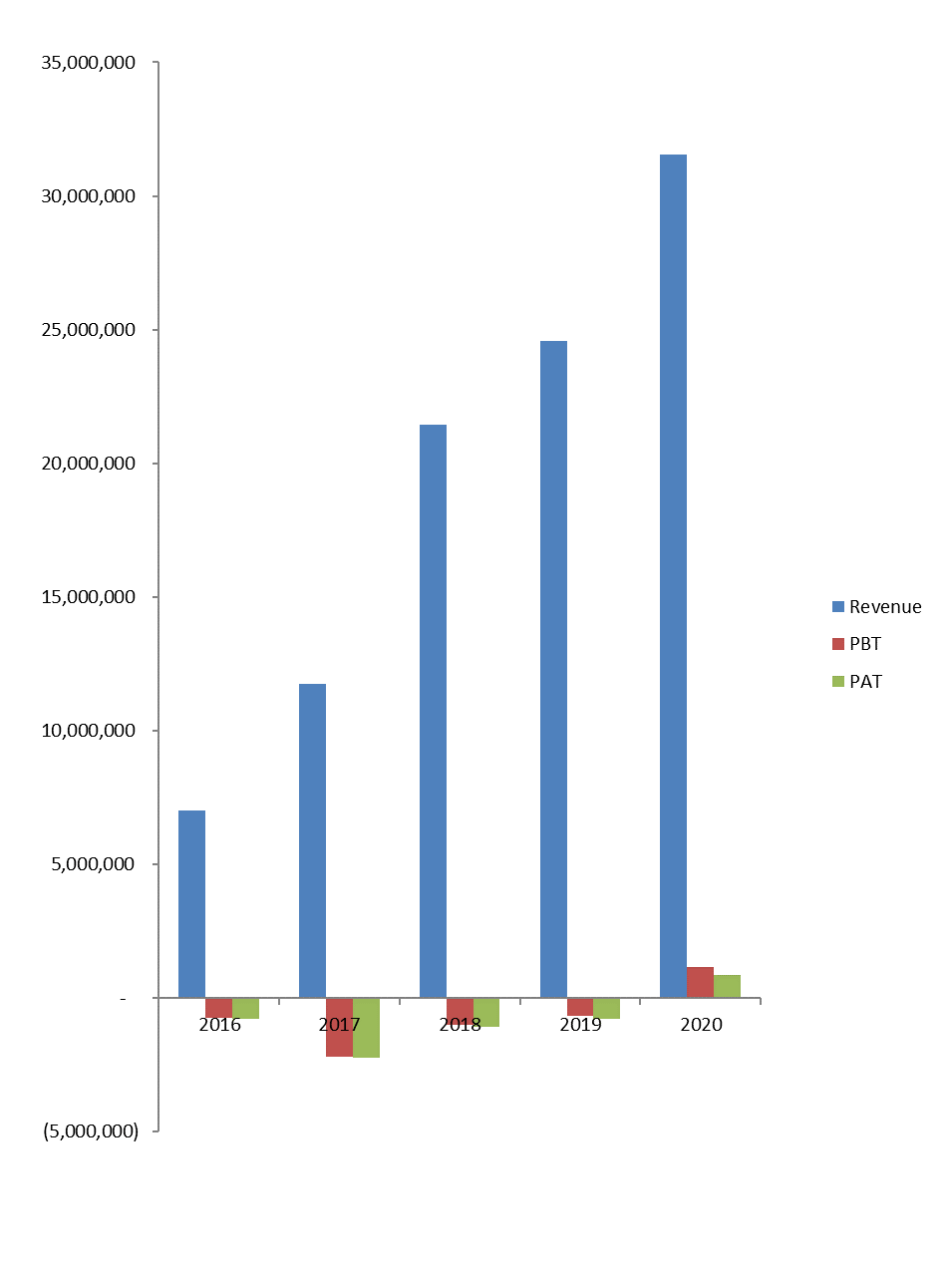 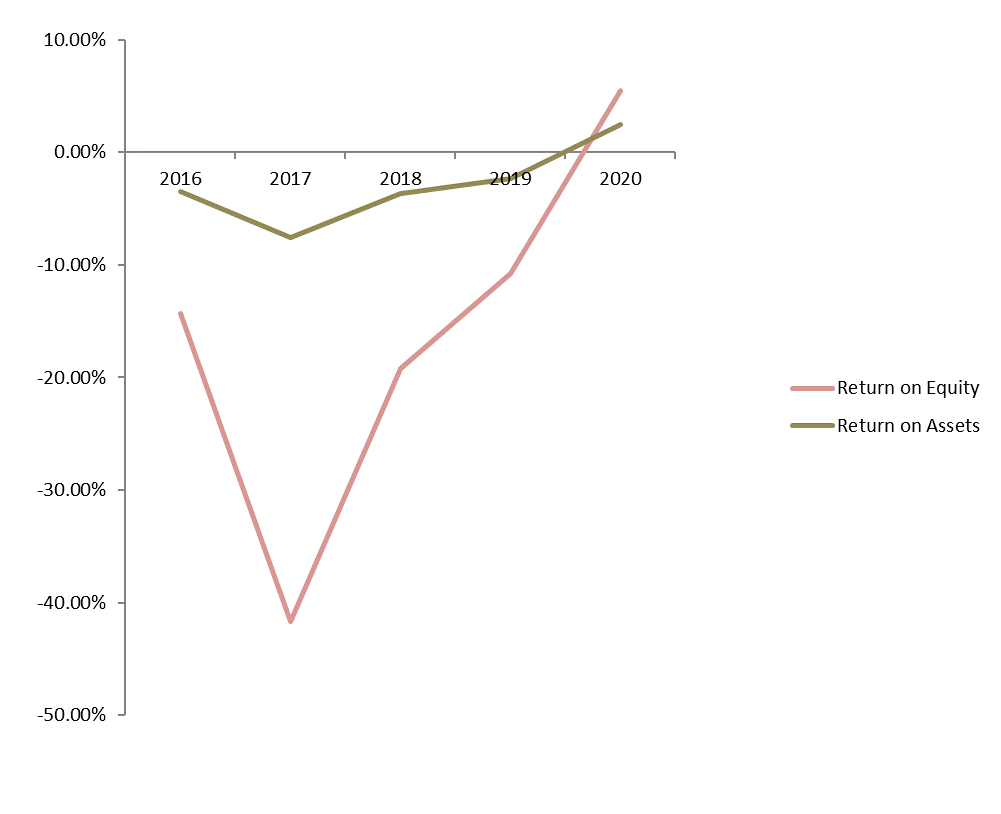