The acquisition of Recoveries Corporation Limited, Australia has helped Transaction Capital to take advantage of the debt collection industry in Australia and diversify its operations.

SA Taxi has been expanding both its loan portfolio and net interest revenue. Gross loans and net interest income increased at a compound rate of 14.7% and 13.4% respectively in the past three years. Net interest margin was 11%, losing 0.4% year-on-year. Besides, non-interest income rose 30.7% on a 3-Year CAGR basis. Non-interest income has been largely driven by its insurance business. The effort made to broaden its insurance client base by extending its insurance services to clients not financed by the SA Taxi is a welcome development. The minibus taxis are an integral part of the public transport system in South Africa and require funding which may not be easily accessible to SME  minibus taxi operators from commercial banks. SA Taxi bridges the funding gap.

The South African National Taxi Council (SANTACO) acquired 25% stake in SA Taxi in November 2018 for R1.7 billion.  The proceeds will be used to pay off debts and provide additional finance for the business. Though it would lead to dilution of SA Taxi’s shareholding, the acquisition is expected to reduce interest obligations and improve net interest margin. 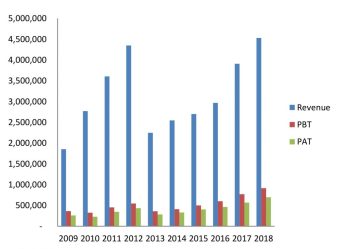 In addition, the company established Taxi Auto Parts (TAP) in March 2018 to procure and distribute vehicle parts to SA Taxi’s refurbishment centre and its approved external auto-body repairers. This would help lower insurance claims and credit losses associated with vehicle repossession from defaulters. 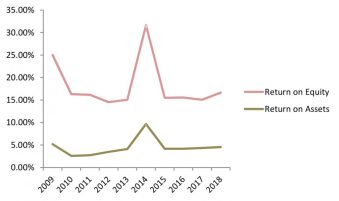 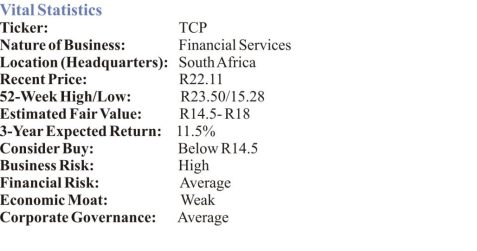