Company Overview
TRANSCORP buys out companies and subsequently runs them as part of a diversified group. Following the success achieved in the management of Transcorp Hilton Hotel Abuja, TRANSCORP  branched out into power, agriculture, and oil & gas in order to spread its risk. Though incorporated in November 2004, its shares were not listed for trading on the floor of the Nigerian Stock Exchange until December 2006.

Trans Afam Power Limited was incorporated to take over the business of Afam Genco which was bought from the Federal Government of Nigeria in November 2020. Afam Genco, situated in Rivers State (Nigeria), comprises Afam Power Plc and Afam Three Fast Power Limited.  Transcorp OPL 281 Nigeria Limited, which was licensed to prospect for oil in the Western Delta region of Nigeria, has yet to discover commercially viable oil and hence presently contributes nothing to total revenue.

Mr. Tony Elumelu (CON) chairs an eight-member board of directors. Mrs. Foluke Abdulrazaq, who joined the board in June 2020, is the vice-chairman of the board. Mrs. Owen Omogiafo, a former managing director of Transcorp Hotels Plc, was named the president and group chief executive officer of TRANSCORP in March 2020.

Investment Thesis
TRANSCORP decided to disinvest in Teragro Commodities Limited, a fruit concentrate plant. This was due to skyrocketing costs and intense competition from cheap imported fruit concentrates. The hospitality and power business segments have been producing the revenue of TRANSCORP in the past few years. The power segment has produced an average of 75.9% of the total revenue of TRANSCORP over the past five years. Its contribution to total revenue has been on the increase partly due to the upward revision of electricity tariff by the regulatory agency, the Nigerian Electricity Regulatory Commission. The acquisition of Afam Genco has increased its power generation capacity; and we expect revenue to expand in the coming years since TRANSCORP has begun selling power to countries outside Nigeria.

Debts are rising and liquidity is being hurt as receivables are mounting. Total debts added up to NGN119.1 billion (2019:NGN113.9 billion). Receivables totalled NGN104.4 billion out of which NGN6.8 billion or 6.5% was expected to be irrecoverable. Huge finance cost and foreign exchange losses on foreign currency borrowings have had an adverse impact on Profit Before Tax (PBT).

TRANSCORP invests in the power, hospitality, and oil & gas sectors which are vital for the Nigerian economy. Its hospitality business should benefit as Nigeria recovers from the effects of COVID-19. An improved gas supply should boost output from the power generation of TRANSCORP.  Capital spending by the company should pay off in the future. We are of the opinion that TRANSCORP would be a good investment over the long haul.

Valuation
We put a share of TRANSCORP at a value between NGN3.30 and NGN5.25. Therefore, it is undervalued at the current market price of NGN0.94.

Financial Overview
Total revenue lost only 1.4% in spite of a 50.3% drop in revenue from the hospitality business segment of TRANSCORP. The hospitality sector plunged due to the impact of the COVID-19 pandemic during the 2020 fiscal year. TRANSCORP which made NGN20.4 billion from the hospitality business in the year 2019 was able to make NGN10.2 billion in 2020.  But the sales revenue from power generation climbed 16.4% to NGN65.1 billion from NGN55.9 billion declared in the earlier year. Gross profit declined by 6.8% due to a 3.2% rise in the cost of sales. This depressed the gross profit margin by 5.5% to 23.9 percentage points at the end of the 2020 financial year. TRANSCORP made an operating profit of NGN18 billion in 2020 down from NGN22.5 billion posted in the prior year. A drop in operating profit, coupled with high debt service obligation, resulted in a 79.6% fall in PBT from NGN7.9 billion to NGN1.6 billion. However, Profit After Tax (PAT) added 2.4% to close at NGN3.8 for the year under review due to an income tax credit of NGN2.2 billion.

Returns to shareholders were inadequate. Return on Assets (RoA) and Return on Equity (RoE) were 1.3% and 4% respectively. Total assets have been on the rise. Total assets peaked at NGN338.2 billion at 31st December 2020. The investment in an additional power plant was responsible for a year-over-year increase of 8% in total assets.

Debts are rising, nevertheless TRANSCORP is not insolvent. Total debts amounted to 104.1% of shareholders' fund and 35.2% of total assets. Operating profit could pay the interest 1.1 times (2019:1.5 times) while net cash flow from operations could liquidate it 1.7 times (2019:1.7 times).

Restiveness in the Niger Delta region can halt its power business which is capital-intensive and relies on gas supply. In addition, the company is highly geared and can be hurt by interest commitments. 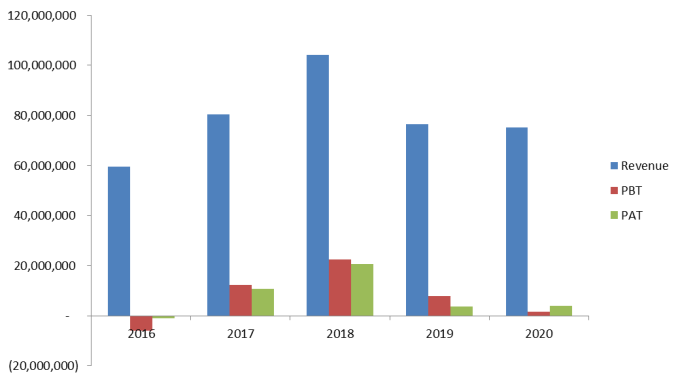 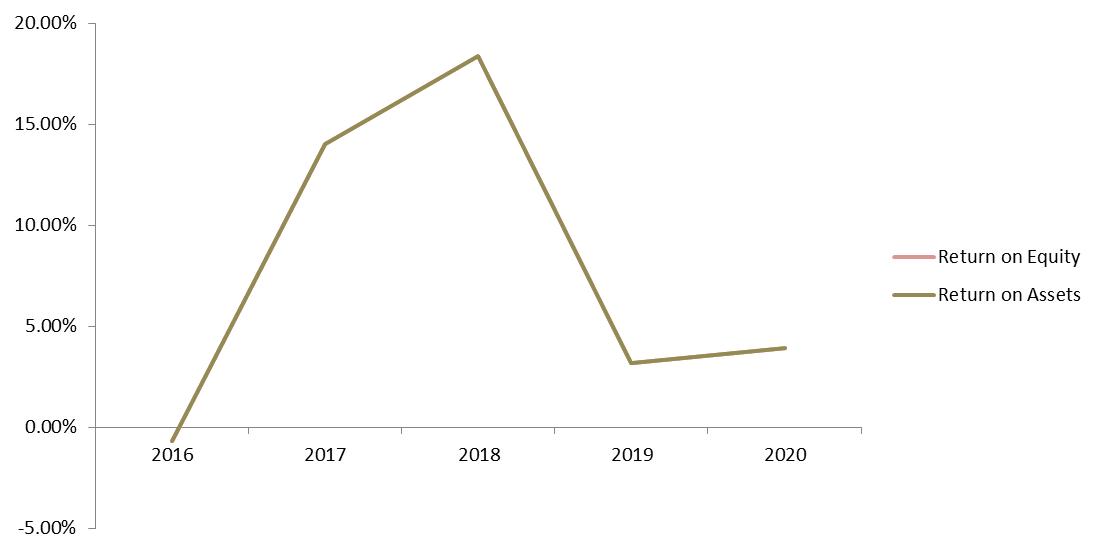